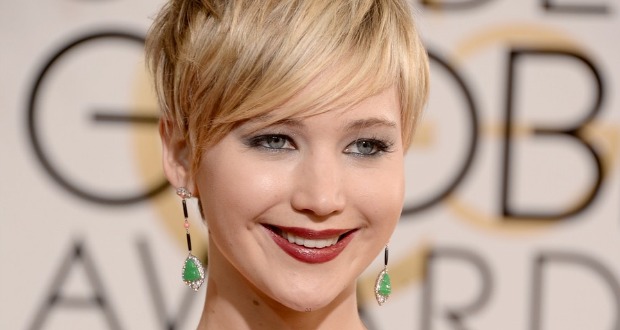 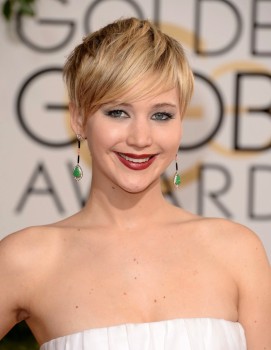 Jennifer Lawrence scored a win at the 2014 Golden Globe Awards held at the Beverly Hilton Hotel on Sunday, Jan. 12, 2014 in Beverly Hills, Calif.

The 23-year-old actress picked up the award for Best Performance by an Actress in a Supporting Role in a Motion Picture for her work in “American Hustle,” starring opposite Amy Adams, Bradley Cooper and Christian Bale.

Before heading up to the stage, she gave her boyfriend Nicholas Hoult a kiss. And yes, she managed to get to the stage without wiping out!