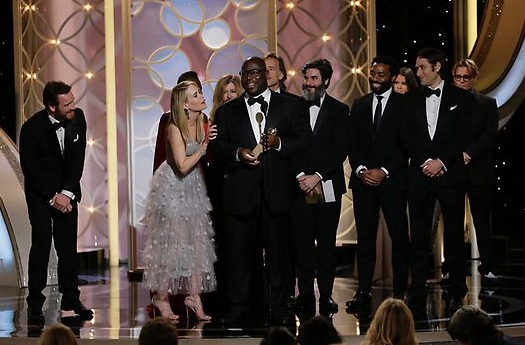 “12 Years a Slave” picked up a win in the Best Picture – Drama category at the 2014 Golden Globe Awards held at the Beverly Hilton Hotel on Sunday, Jan. 12, 2014 in Beverly Hills, Calif.

The hit film beat out Captain Phillips, Gravity, Philomena, and Rush for the prestigious prize, moving it one step closer to an Oscar win.

The Steve McQueen-directed film is still playing in select theaters across the country. Be sure to check out Chiwetal Ejiofor, Lupita Nyong’o, Michael Fassbender, Sarah Paulson, and more in the Brad Pitt-produced film.