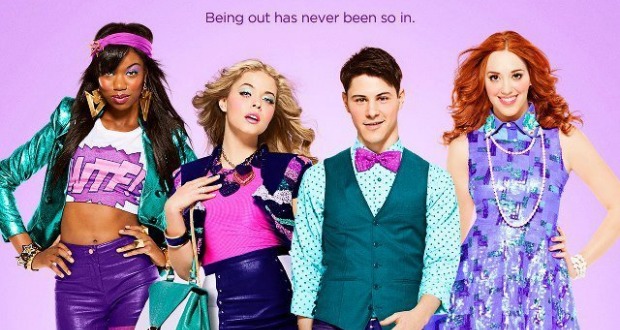 “G.B.F.” (which stands for “gay best friend”) is far from your average high school comedy. Screenwriter George Northy and director Darren Stein have managed to simultaneously make a film that breaks new ground, is genuinely funny, pokes fun at its own genre, and conveys an important message without hitting anyone over the head with it.

Tanner (Michael J. Willett) is a gay teen who has not come out of the closet to his friends or parents. Meanwhile, the cool girls at school decide they need a gay best friend, and they choose Tanner. Suddenly, he’s out and the newly crowned prom queen mascot, much to the dismay of his boyfriend, Brent (played by Paul Iacono), who is left out in the cold.

Jonathan Silverman and Rebecca Gayheart play Tanner’s parents in a couple of very funny scenes, and Megan Mullally plays Brent’s single mother, who is a bit too eager to show her son how much she accepts him for who he is. Horatio Sanz and Natasha Lyonne also have small roles in the film.

“G.B.F.” is a refreshing take on high school culture, and I think it will appeal to both teens and adults. I spoke on the phone in separate interviews with director Darren Stein and actor/singer/songwriter, Michael J. Willett.

The idea originated with screenwriter Northy after he read an article in Teen Vogue about high school girls wanting a G.B.F. “What was exciting to me about the film was that it was a mainstream teen comedy that happened to have a gay hero,” Stein says. “It’s not designed for a gay audience, although obviously, I want the gay audience to enjoy it.”

Northy had seen Willett on Showtime’s “The United States of Tara” and called the actor in to audition for “G.B.F.”  “I felt like once I read it that it was mine,” Willett says.

“I felt like Tanner was like a best friend, someone I knew at school, someone I felt a personal connection with. So, I felt like I had to play this role, but I still had to audition for it. Once I did, it seems like not everyone in casting was on board with me for the role for whatever reason. So, I had to convince them. It wasn’t until my birthday that they told me I finally got it.” 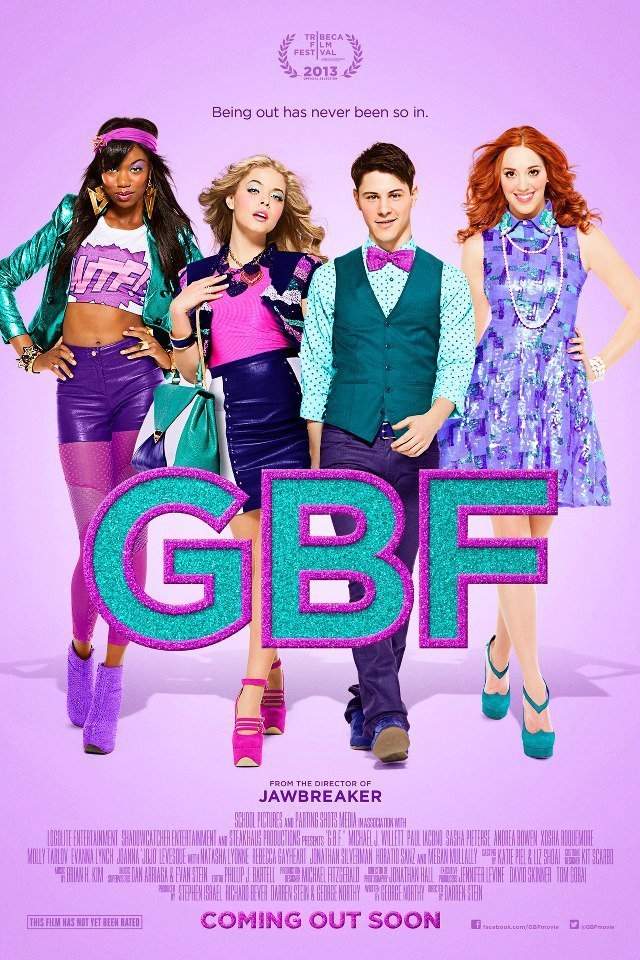 Willett feels that the film has historical importance. “I think this film is so relevant. It’s about a generation of young people who are sick of being put in boxes and stereotypes. The film uses those stereotypes in a humorous way, but, ultimately, nobody wants to be just a stereotype, whether you’re gay or part of some religion,” he says.

It was fun for Willett to work with the veteran actors in the movie. “Jonathan Silverman actually kind of looks like my dad,” he says. “It was perfect because he’s a part of the high school teen film legacy.”

Willett is now working on a new teen romantic comedy for MTV called “Faking It.” He plays the hot, popular kid who happens to be gay at a school where being different is considered cool – so much so that a couple of straight girls pretend to be lesbians in order to be more popular.

He has also been working on an album of his original songs that he expects to come out this year, and a fashion/art music video will be out shortly as well.

Next up for Stein is a screenplay that he’s working on, to which Chloe Sevigny is already attached. His earlier movie, “Jawbreaker” (which starred Rose McGowan), is also being made into a musical that will begin in Seattle and hopefully move to Broadway.