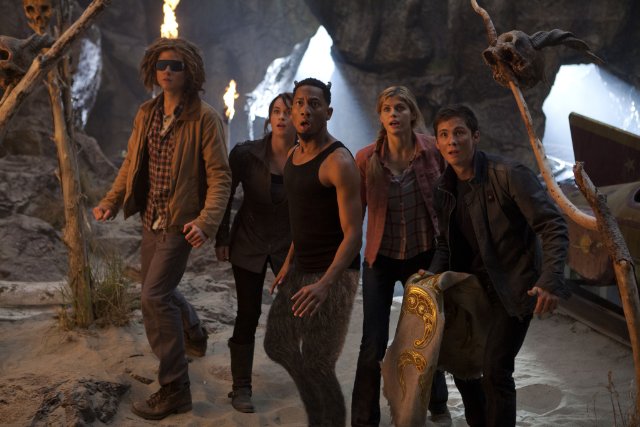 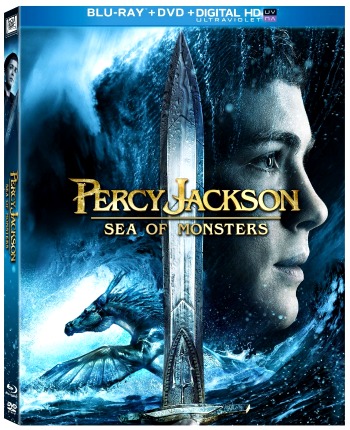 SYNOPSIS: This second installment of the “Percy Jackson” franchise finds the son of Poseidon and his friends embarking on a quest to the Sea of Monsters to find the mythical Golden Fleece and stop an ancient evil from rising.

REVIEW: “Percy Jackson: Sea of Monsters” picks up one year after the events of the first movie, “Percy Jackson and the Olympians: The Lightning Thief.” Both films are based on the popular fantasy books by Rick Riordan.

Logan Lerman once again plays Percy Jackson, Poseidon’s half-human, demigod son who lives in Camp Half Blood with his friends, fellow demigod Annabeth (Alexandra Daddario) and satyr Grover (Brandon T. Jackson). When a Colchis Bull breaks through the protective barrier provided by Thalia’s Pine Tree (a tree created by the gods that grew from the body of a young demigod who died while protecting her friends), the tree starts to decay.

With the tree gone, anyone can enter Camp Half Blood and kill the demigods, so Percy and his friends, along with his cyclops half-brother Tyson (Douglas Smith), embark on a dangerous mission to the Sea of Monsters to find the legendary Golden Fleece, which has magical healing properties. But the villain from the first movie, half-blood Luke (Jake Abel) is after that fleece, too, because it will bring the evil god-devouring Kronos back to life.

While it’s true that the “Percy Jackson” films don’t rival Riordan’s fantasy novels in any way, shape or form (do films ever rival the books upon which they’re based?), there’s still a lot to like about this movie.

Logan Lerman is a terrific young actor who, unlike some other young stars, is keen on developing his craft instead of chasing fame. He first came into my consciousness in 2006’s “Hoot,” but really showed his chops playing Christian Bale’s son in 2007’s “3:30 to Yuma” (one of my favorite grownup movies), and the main character in 2012’s “The Perks of Being a Wallflower.” This kid is going places, and at 21, has managed to stay out of the tabloids thus far.

“Sea of Monsters” is a solid PG fantasy movie that pairs the maturity of its cast with fun action scenes, charming humor, and great visual effects, including a steampunk-inspired mechanical bull and a stained glass window that comes to life. There’s also plenty of emotional nuances, including Percy’s daddy issues, trying to forge a bond with the sweet-natured Tyson, competing with his rival and daughter of Ares, Clarisse (Leven Rambin), and trying to rescue a kidnapped Grover.

There’s also a great cameo by Nathan Fillion as Hermes, who delivers the best “Firefly”-inspired joke of the year.

While I appreciated seeing this movie in theaters when it was first released — mainly because great visual effects are best seen on the big screen — there are places where it drags and the pacing is off. So I think this movie also works well on blu-ray/DVD, so you don’t have to watch it from start to finish if it doesn’t float your boat.

I also like that it’s a solid PG, meaning it’s a good movie for kids who’ve advanced past G ratings but aren’t quite ready for PG-13 yet.

Sex/Nudity: Some discussion of how the gods have children with humans and other creatures. Percy and Annabeth aren’t romantic, but they do protect each other and share a few lingering looks.

Violence/Gore: Fantasy action includes a flashback of a young girl being killed by a cyclops and then turned into the roots of a magical tree. A giant Colchis Bull wreaks havoc on Camp Half Blood, where it injures several kids before fighting with Percy and Tyson. Several fight scenes between Percy and his friends and the bad guys. Polyphemus, a huge cyclops, threatens to eat either satyrs or half bloods; he fights with Percy, Annabeth, Grover, and Tyson. When he’s brought back to life, Kronos is somewhat frightening. Two characters are presumed dead, and one temporarily dies before being revived by the golden fleece.

Profanity: Includes a few instances of “damn,” and one interrupted “bitch.”

Which Kids Will Like It? Kids 9 and older who liked the first “Percy Jackson” movies or the books by Rick Riordan.

Will Parents Like It? “Percy Jackson: Sea of Monsters” is a solid PG movie.