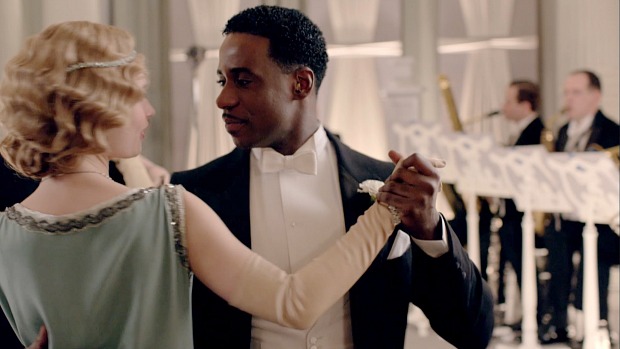 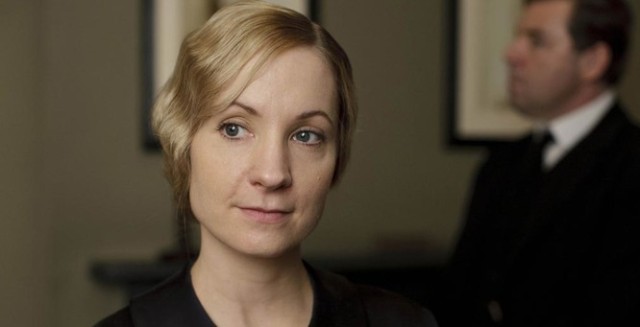 Are you still watching “Downton Abbey”? After last week’s shocker — stop reading right now if you haven’t watched it yet — some people have told me they just couldn’t fathom the awful rape of Anna and the fact that she won’t tell Mr. Bates because he’d kill the rapist and what with Mr. Bates already  having a police record, they wouldn’t treat him kindly. I can see where she’s coming from. On the other hand, I say let Mr. Bates at him!

After that episode, my Facebook feed lit up with friends saying they’d all but given up on the show. Especially since we’re all still recovering from last season’s finale shocker — Matthew’s death.

The show is definitely taking a more soap opera-ish turn, and it’s not sitting well with people, me included. The focus of this week’s episode, for me anyway, was the unraveling of Anna and Mr. Bates’ relationship. She wants to move back into Downton, and doesn’t want Mr. Bates to touch her, because she feels “soiled” and shamed.

But it doesn’t look like that’ll happen, since Mrs. Hughes sent Edna packing. Thankfully, Tom went to Mrs. Hughes with his problem, and Mrs. Hughes found her birth control instruction pamphlet and the two confronted her. Let’s call Mrs. Hughes what she is: The Downton Fixer.

But back to Anna … she shouldn’t keep this from her husband. Especially not after all they’ve been through together. And don’t you think Mr. Bates is smarter than that? I mean, one look at Anna’s face and it’s clear that someone punched her. And if only Mr. Bates had stuck around for two seconds when Anna expressed severe anxiety over the fact that Lord Gillingham was back at Downton, maybe he would have figured it out. I’m quite sure of it, in fact.

And speaking of Lord Gillingham, I’m glad Lady Mary turned him down. But something tells me that story isn’t over yet. She’ll probably change her mind, especially with that last scene, where she’s telling Tom she’s afraid she’s made a decision she’ll regret.

Interesting scene with Rose at the club. Rescued from humiliation by a black bandleader who swooped down to dance with her when she was left alone on the dance floor. This could get interesting.

And Lady Edith … was anyone else shouting at the TV when she signed the “authority” contract drawn up by her boyfriend Michael Gregson — without even reading it?!!! I don’t trust him.

I’m enjoying the lovely friendship between Mrs. Hughes, henceforth known as The Downton Fixer, and Mr. Carson. Loved the scene at the end where she gives him the framed photo of his lost love and says, “The business of life is the acquisition of memories. In the end, that’s really all there is.” So true.

Favorite line from Violet, said to Isobel: “If we only had moral thoughts, what would the poor churchmen find to do?”

Your thoughts on this week’s episode of “Downton Abbey”?