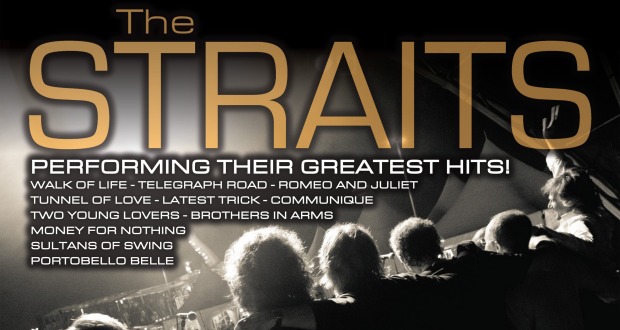 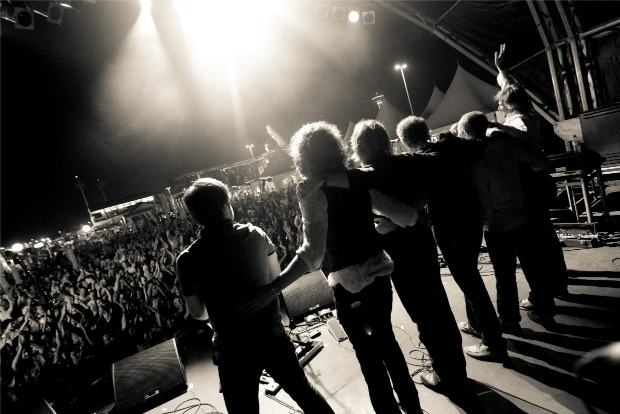 I loved Dire Straits back when they first got together, so this is a really fun announcement for me. Plus, they’re playing in Manistee, Michigan, which is just a couple of hours south of us – and on my husband’s birthday! (well, sort of – he’s a leap year baby) – so maybe we’ll have to do a road trip for that concert.

“The BEA (Brand Entertainment Agency, Inc.) team has worked very hard to put together this exciting concert tour and we are very proud to be working with this legendary group of musicians,” says Greg Burns, BEA President. “As the exclusive US agency behind this tour, we were overly thrilled with the response from buyers and the industry about these musicians being back together.”

Straits’ keyboard player and former Dire Straits member and producer Alan Clark began the process two years ago in Rome. “Dire Straits’ sax player Chris and I were having breakfast beside a pool one beautiful, sunny morning when I declared we were going to form The Straits,” says Clark.

Having been a part the hugely successful, multi-million selling Dire Straits, Clark was acutely aware of the huge responsibility they were undertaking, and the need to get it right.

“So, next we needed a band. There was only ever going to be one drummer: Steve Ferrone, probably the best rock drummer in the world, and a good mate. We’d played together for some years when we were in Eric Clapton’s band and he is godfather to my son and daughter. As for a front man, I’d always thought it would be impossible to replace the huge talent that is Mark Knopfler until I discovered the brilliant Terence Reis. Next we needed a bass player. We’d briefly considered using a lineup of ex Dire Straits players – and believe me, there were plenty offers – but we decided to go our own way’, to hand-pick the absolute best, so Mickey Feat was recruited on bass.”

Adds Clark, “As for the additional keyboard player role, I’d watch Jamie Squire grow up – his family were neighbors of mine in a village in Northumberland – and develop into the amazing multi-instrumental singer/songwriter he is today. Suddenly we had a band, and what a band!”

The Straits are back! Here’s the tour schedule: