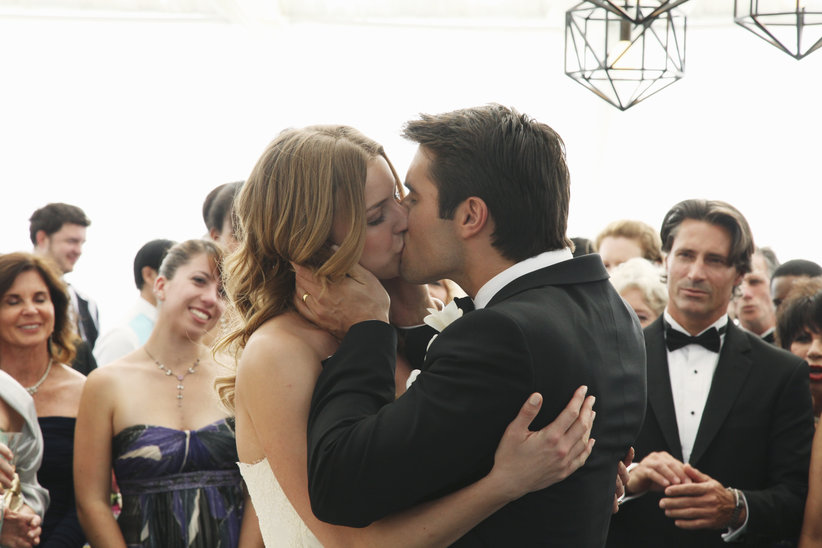 First of all, I am getting tired of all the “Fall Finales” the networks are putting out there. We must wait weeks for some shows’ next episodes! I do realize the holiday season makes it difficult to watch our favorite shows due to parties, dinners and family gatherings. I guess I just don’t like waiting so long … “Scandal” doesn’t air again until February 27! Can you believe that?! Rrrrrr…

Okay, to “Revenge.” Was anyone else disappointed with the wedding? After all of the build-up, there wasn’t really much of a wedding scene. I guess I thought it would be grand, like the Graysons.

READ: All “Revenge” Recaps and News

Daniel is still sad about Sarah and actually calls her after he gets married, but doesn’t get to talk to her because Charlotte interrupts him. Sadly, he later finds out that Sarah has tried to kill herself. Now what will he do?

Lydia is making quite a splash. She threatens to out Emily with the photo she found. The big news is that Lydia showed Victoria the photo. Oh how happy Victoria seemed – to finally have evidence to prove that Emily is a fraud. But I know Emily will have the last laugh when the Graysons find out who she really is! Can’t wait!

Lydia and Conrad have a falling out when Conrad realizes she was going to help Margaux with the magazine story of his bad doings, but Lydia actually loves him and won’t kiss and tell. Conrad confronts Margaux, and she tells him Lydia is on his side – and I like Margaux (yeah, I finally figured out she played the french flight attendant on “Pan Am” – it takes me a while!). She can stand up to anyone! I hope she teams up with Em to bring the Graysons down. Can you imagine them together? Watch out!

Patrick is back, and Emily doesn’t want him at the wedding. Nolan tries to seduce him, but Patrick chooses to be with his mother at the wedding instead. I really want this storyline to develop soon. I’m getting bored with it; what about you?

Emily says her goodbyes to Jack, but really upsets him when she spills the beans that she was with Amanda when she died. She keeps blowing it with him, doesn’t she? I just love him – he is honest, compassionate and so good looking (does that count?).

The big “who shot Emily” scene. After the ceremony, the gang (including Lydia – seriously?) sets sail on the yacht. They watch a slideshow while Emily and Aiden put their plan into action … but of course, it can’t go off smoothly or the series would be over! 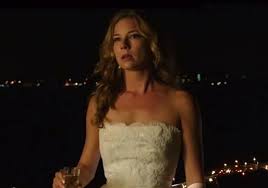 Emily stands on the deck and Victoria shows up! She tells Em that she knows she’s a fraud and is going to ruin her plan. Aiden is there to rescue Em. He puts a handkerchief with chloroform over Victoria’s mouth and knocks her out. Unfortunately for Emily, Daniel heard everything. Being drunk and angry, he argues with her and picks up the gun that Victoria was suppose to use, and shoots her. Yes, Daniel shoots her – can you blame him?

In the meantime, Aiden and Jack (yes, Jack wants to clear things with Em) wait on the beach for Emily… but she doesn’t show. Panic sets in … and so do the credits!

Well, I guess we’ll have to wait and see what’s going to happen. The preview shows that Emily wakes up in the hospital and can’t remember who she is. That’s hard to believe, since she wasn’t shot in the head.

And Victoria knows she’s a fraud, so what’s her game plan going to be? Will Margaux start to dig deeper, will Daniel regret shooting her? Will Jack or Nolan come to her rescue? I can’t wait to find out. This is truly a night time soap opera … and I love it!

Please let us know your thoughts and opinions of “Revenge.” We’d love to hear from you!