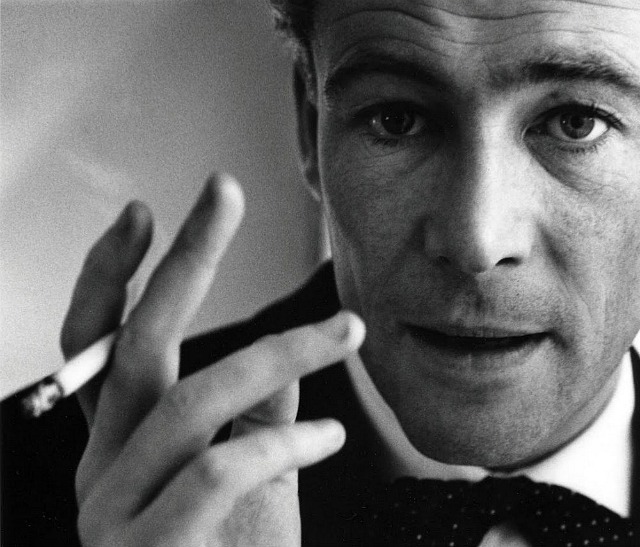 The legendary Irish-born actor Peter O’Toole, whose most famous role was playing T.E. Lawrence in David Lean’s “Lawrence of Arabia” in 1962, died today at age 81. O’Toole was one of the world’s greatest actors, a movie legend, and there aren’t that many left.

I heard the news at a press conference today for “The Wolf of Wall Street,” which took place in midtown Manhattan. Reporters exchanged the sad news, which arrived via Twitter and e-mail, after the junket, which featured another icon, director Martin Scorsese, who is still doing some of his best work to date, and Academy Award-nominated actor Leonardo DiCaprio, who stars as Jordan Belfort in the financial epic.

In his youth, O’Toole was gorgeous, with his blue eyes and blond hair. He was so beautiful in “Lawrence of Arabia,” that Noel Coward told him, “If you’d been any prettier, it would have been ‘Florence of Arabia.’” O’Toole retired in July 2012, and said in his retirement statement that he fell in love with the theater after he enrolled in the Royal Academy of Dramatic Art following a stint in the Navy. On stage, he was particularly acclaimed for his Shakespearian roles, including Shylock in the “Merchant of Venice” and “Hamlet.”

Later he turned to film, which brought him international acclaim as a movie star. Some of his most famous movies include “Goodbye, Mr. Chips,” “The Lion in Winter,” “My Favorite Year,” “The Ruling Class,” and “The Stuntman.” There have also been some lesser films, like “Troy” in 2004.

O’Toole was nominated for eight Academy awards, beginning with “Lawrence of Arabia.” He held the dubious distinction of being the actor with the most competitive Academy Award acting nominations without actually winning one.

But he received many other acting honors, including a BAFTA Award, four Golden Globes, an Emmy, numerous theatre and cinema awards, and The Olivier Award in 2000. Finally in 2003, he accepted an honorary Oscar from the Academy of Motion Picture Arts and Sciences.

His most recent Oscar nomination was in 2006, for “Venus,” a jewel of a movie directed by Roger Michell (“Notting Hill” and “The Mother),” co-starring Vanessa Redgrave, in which he played Maurice, an elderly, second-rate actor contemplating the end of his life even as he became obsessed with a 19-year-old (Jodie Whittaker).

More recently, he was the voice of Anton Ego in “Ratatouille” (2007) and he appeared in the Showtime television series “The Tudors,” a tacky but entertaining series that ran from 2007 to 2010.

On a personal note, I was awed to see him at the premiere of “Troy,” which co-starred Brad Pitt and Eric Bana. O’Toole also showed up at a special screening of “The Tudors,” and I recall he sat in a corner with a drink (non-alcoholic) and scores of people surrounding him as he regaled them with, what I am sure, was a good story, of which he had many.

Some of them are included in his 2008 book, “Hellraisers,” which focused on his career and his friends, many of them actors like himself, who enjoyed women, drink and carousing as much as he did, notably Richard Burton, Richard Harris and Oliver Reed. All these friends died years ago, well before their time. He outlasted them probably because he’d given up drinking years before, in 1975, according to his book.

My favorite Peter O’Toole movies are “My Favorite Year,” directed by Richard Benjamin, and “Venus,” for which he received his last Oscar nomination.

Back in 2006, at a screening of “Venus” at the Museum of Modern Art, the late Natasha Richardson – daughter of Vanessa Redgrave and also a fine actress in her own right – recounted some memories she had of Mr. O’Toole early in her career.

She said she met him when she was in the West End of London playing Nina in Chekhov’s “The Seagull,” her first big theater role.

“I knew Peter O’Toole was in the house,” Ms. Richardson said, “and he came backstage and said, ‘Darling, did you feel like you were flying tonight? Did you feel you could do anything?’ And he scooped me in his arms and I fell madly in love.”

She added, “He’s always been larger than life. Remember the line in ‘My Favorite Year,’ where he says, ‘I’m not an actor, I’m a movie star.’ That’s him.”

Mariel Hemingway: “I worked with Peter O’Toole on CREATOR in THE ’80s He was one of the GREAT ONES. RIP”

Brad Pitt: “A magnificent actor, who truly loved telling a good story. Bless you… and rest in peace, Peter O’Toole.”

Whoopi Goldberg: “1 of the Actors I have admired & never got 2meet Peter O’ Toole has passed away & got 2 say R.I.P. You were a hell of an actor.”

Neil Patrick Harris: “So sad to hear about Peter O’Toole passing away. Lucky to have worked with him for a month in Prague. Wonderful man, remarkable talent.”

William Shatner: “Thoughts and prayers going out to the family of Peter O’Toole.”

Sean Ono Lennon: “RIP Peter O’Toole. Got to meet him once at a party. They don’t make em like that anymore. Real genius.”

Stephen Fry: “Oh what terrible news. Farewell Peter O’Toole. I had the honour of directing him in a scene. Monster, scholar, lover of life, genius…”

Piers Morgan: “RIP Peter O’Toole. Spent one of the funniest days of my life with him at Lord’s a few years ago. A brilliant actor & crazy, hilarious man.”