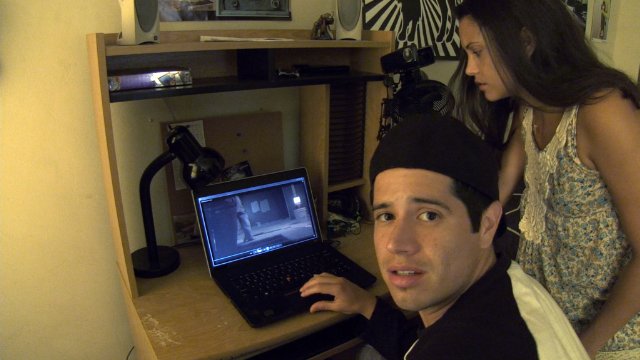 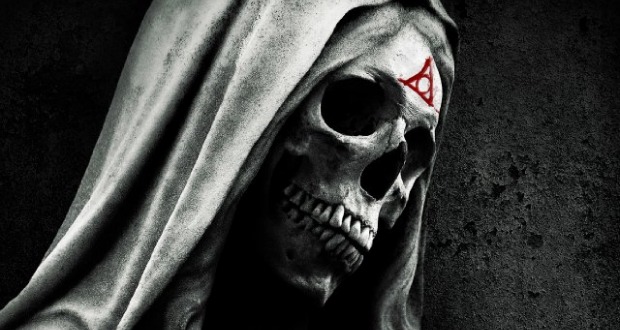 Happy New Year! Let’s start 2014 off with a scary movie! Or two or three. Here’s the rundown on what’s new in theaters this week. I’ve followed the “Paranormal Activity” franchise, and continue to be scared out of my mind. I’m sure that trend will continue with the fifth installment.

Paranormal Activity: The Marked Ones. After being “marked,” Jesse (Andrew Jacobs) is pursued by mysterious forces while his family and friends try to save him. Those demons just WILL NOT let these people rest! Directed by Christopher Landon; produced by Oren Peli. Also stars Molly Ephraim, Katie Featherston and Micah Sloat. 84 minutes. Paramount Pictures. Rated R for pervasive language, some violence, graphic nudity and some drug use. Official Site.

Open Grave. A man wakes up in the wilderness, in a pit full of dead bodies, with no memory and must determine if the murderer is one of the strangers who rescued him, or if he himself is the killer. We’ve all been there, right? Directed by Gonzalo López-Gallego. Stars Sharlto Copley, Joseph Morgan (Klaus on “The Originals”!), Thomas Kretschmann and Erin Richards. 102 minutes. Tribeca Film. Rated R for strong violence, disturbing images and language. Facebook Page.

Beyond Outrage (limited). As the police launch a full-scale crackdown on organized crime, it ignites a national yakuza struggle between the Sanno of the East and Hanabishi of the West. Directed by Takeshi Kitano. Stars Takeshi Kitano, Ryô Kase, Shun Sugata and Toshiyuki Nishida. 112 minutes. Magnet Releasing. Rated R for strong violence, language and brief sexual images. Official Site.

Jamesy Boy (limited). A young gang member turns his life around in prison, thanks to the friendship he forms with a convicted murderer who becomes his mentor. Directed by Trevor White. Stars Spencer Lofranco, Mary-Louise Parker, James Woods, Ving Rhames and Taissa Farmiga. 109 minutes. Phase 4 Films. Not yet rated. Facebook Page.

In No Great Hurry: 13 Lessons in Life with Saul Leiter (limited). Saul Leiter could have been lauded as the great the pioneer of color photography, but was never driven by the lure of success. Instead he preferred to drink coffee and photograph in his own way, amassing an archive of beautiful work that is now piled high in his New York apartment. This documentary follows Saul as he deals with the clearing an apartment full of memories, becoming world famous in his 80s, and fending off a pesky filmmaker. Directed by Tomas Leach. 75 minutes. Not rated. Official Site.