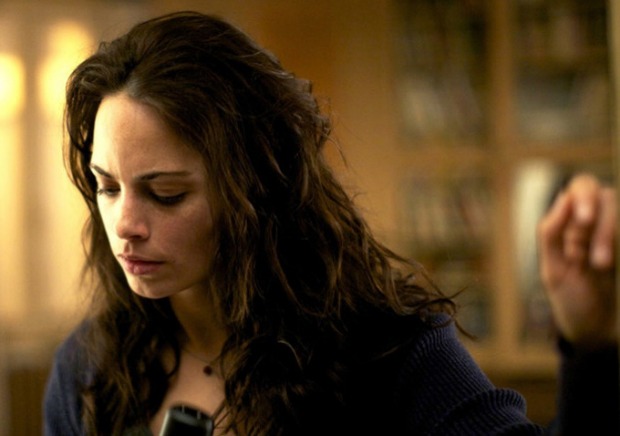 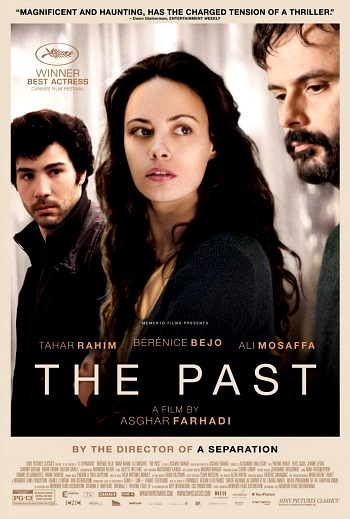 Iranian writer-director Asghar Farhadi was in New York the day his new movie, “The Past,” received a Golden Globe nomination for best foreign film.

The director, who won an Oscar for best foreign film for “A Separation” in 2011, said he was asleep when his publicist called to give him the good news. He had just flown in the day before from Los Angeles and was very tired.  He had a heavy schedule of press conferences ahead of him and add to that the interminable question now of how he felt about his nomination.

For the record, he said he was very happy because the last time he made the awards circuit, in 2011 for “A Separation,” which won the Oscar for Best Foreign Film, it had been a good experience and brought back good memories.

Berenice Bejo has already been honored with a best actress nod at Cannes, and the National Board of Review named “The Past” best foreign film. (In a surprise upset, when the Oscars’ shortlisted nine best foreign films were announced the other day, “The Past” did not make the cut.)

On the surface, the subject of “The Past” seems much like the director’s Oscar winning film; they both focus on broken marriages and messy relationships, and the collateral damage done to children as a result of the mistakes and the bad choices made by adults. But this time, the action moves from Tehran to an unappealing working-class Paris suburb.

“The Past” begins in a French airport where Marie (Bejo) waits for her estranged husband, Ahmad (Ali Mosaffa), who is arriving from Tehran to finalize their divorce, so she can marry Samir (Tahar Rahim from “A Prophet”). It’s all very civilized and polite but there’s an undercurrent of tension. The movie unfolds as a mystery and love story, as the characters deal with issues of deception, love and loss.

Mr. Farhadi speaks limited English so his translator, Sheida Dayana, assisted him. Here are highlights from the junket:

Q: How do the awards nominations and, especially, your Oscar in 2011 affect your career and movie choices?

AF: The biggest influence is that it adds to the number of the audience throughout the world. This gives me more energy and it also adds to my sensibilities and my preciseness for my other works.

The traumatic subject of divorce moves to Europe from Tehran this time. Did you feel that to touch on the same subject you had to move to another country?

No, not really. I did feel that I want to work on this subject matter again, but I didn’t think that I have to situate it in another country necessarily.

When this story occurred to me, I really resisted making it outside Iran because it seemed to me that it will be very difficult to make. But every time I thought about it, even at night when I closed my eyes, I kept seeing the images of this film, and I said to myself that I have no choice and I have to enter the path and I have to make this film. 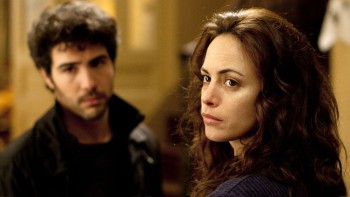 Why do you think it is so hard to shoot a film with a subject like this in Iran? Is it because of the issue of divorce?

I think you have something wrong here. I didn’t make this film outside Iran because of the limitations or the problems. All these years, I prefer to make my films in face of all the censorship and all the limitations because this fighting and resistance against censorship is important to me. I don’t like to run away from censorship and go somewhere else. I’d like to face it and find a way to deal with it.

What inspired the story? Was it a personal experience or did someone tell you this story?

This was a memory that a friend of mine said to me 10 years ago. I wanted to meet this friend but the friend told me that he’s on his way to a trip to another country in order to finalize his divorce with his ex-wife. And this was an ex-wife that he had lived with a few years ago for a number of years, and he had been separated from for a few years. And it seemed to me that it would be a strange situation for two people who had lived together for a few years and had separated now for a few years to be placed under one roof again. This story had occurred to me before the story of “The Separation,” but I kept thinking that because it’s outside Iran, I’m not going to make it. But then after “A Separation” I couldn’t resist anymore and I made the film outside Iran.

How did censorship in Iran affect the subject of this film?

Censorship happens in Iran. It’s present in Iran. But I didn’t do this in Iran. I made it in France and it had nothing to do with the Iranian government.

The characters are so appealing in many ways even as they are flawed in other ways. But at the beginning, Ahmad is particularly likeable and viewers may hope he and Marie reconcile. Did you ever consider having them get back together again? Are you now getting to be known as the break-up director?

(Mr. Farhadi laughed and needed no translator for the question.) It’s interesting that a lot of people think that in my personal life I’ve had an experience of divorce.  One time my daughter told me, don’t make movies like that anymore because my friends keep thinking you guys are separated.

The interesting thing in this relationship, this triangle, is that the audience sympathizes with all the participants at different moments. But as a director you seem to try to keep yourself impartial. You don’t take sides. Can you say a little bit more this?

It’s a very important point, and I always try to keep it in my films. I don’t like to separate my characters into good and bad. This division is an abstract division. It’s not real. If you give the characters a chance to defend themselves and explain the reasons why they do certain things, then you cannot divide them into good and bad characters.

The films I make are also a statement against the treatment that divides people into good and bad. It seems to me that in reality everyone has reasons for what they do, and we should give them a chance to defend themselves. As a filmmaker, I keep the same distance with all the characters. I don’t highlight someone, and I don’t undermine someone else. Even in the vision of my camera, in the decoupage, I try to keep the same distance with each character.

Can you talk about casting Berenice Bejo, who was so different in the role she portrayed in “The Artist”?

An actor who can play in comedy can play in any role. I note the actors of comedy very significantly. I have a lot of respect and regard for them. When I saw “The Artist” I realized that Bérénice is a very intelligent actress and that she does research on her work. The type of acting that she had in that film was reminiscent of classic American films, and this meant that she had done research on it, and I really like actors who do research.

Would you consider making films in Hollywood?

Hollywood, I really don’t think so. But working in the U.S., I might come for that. But even if I worked in the U.S. I would still continue the same way as I’ve (always) worked.