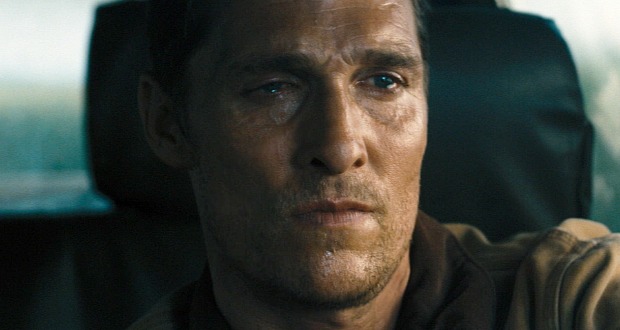 Matthew McConaughey, who stars in “Interstellar,” says in the voiceover, “We’ve always defined ourselves in terms of our ability to overcome the impossible,” as images of space travel appear on the screen.

He continues, “Reach for the stars, to make the unknown known … We lost our way, or perhaps we’ve just forgotten.”

I have no idea what it all means, although the film looks both suspenseful and a bit mournful. The sci-fi epic arrives in theaters Nov. 7, 2014.