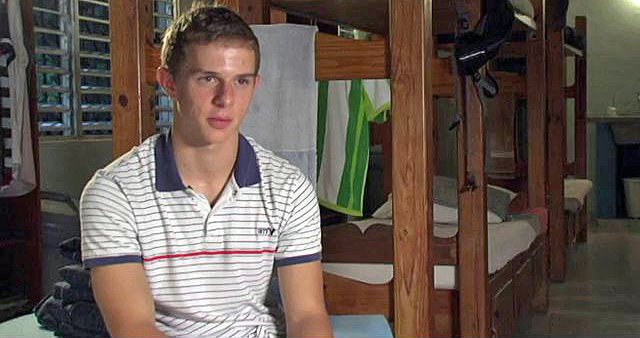 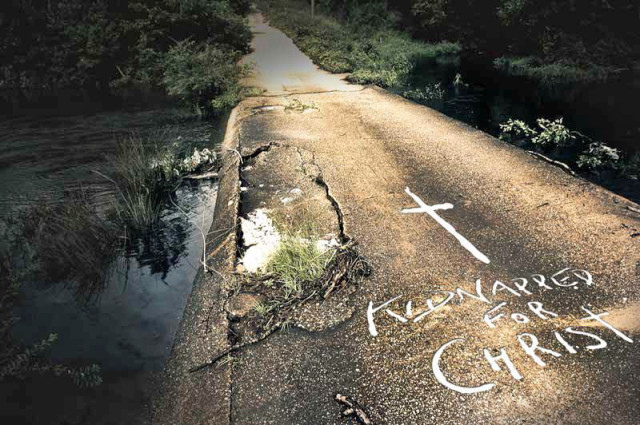 “Kidnapped for Christ” is an upcoming documentary about Escuela Caribe, an Evangelical Christian reform school run by Americans in the Dominican Republic that filmmaker Kate S. Logan believes has been committing physical and sexual abuse against students for decades, employing classic brainwashing techniques.

The same allegations were made in “Jesus Land,” a book by Julia Scheeres about her experiences there in the 1980’s. Scheeres is also interviewed in “Kidnapped for Christ,” and Logan says little has changed since Scheeres’ time at the school, whose mission is to “help struggling youth transform into healthy Christian adults.”

This is just one of many schools that are part of a “troubled teen” industry that often uses extreme, unsafe tactics to whip kids into shape.

“Kidnapped for Christ” is the first documentary to take a camera within one of these schools and document at least some of what happens behind its doors. The film’s U.S. Premiere will be during the Slamdance Film Festival in Park City, Utah in Jan. 2014. If you’re going to be there for the festival, you can buy tickets now for the screenings.

When Lance Bass of ‘NSYNC came on board as an executive producer, the documentary began to generate more buzz. A Kickstarter campaign remains for the costs of post-production and marketing. If you’d like to contribute, visit the “Kidnapped for Christ” Kickstarter page.

I spoke with Kate Logan on the phone about how the film came about.

I understand that you found out about this school and originally planned to do a film that was praising them.

My original intention – I’d like to say that it really didn’t change – was that I wanted to tell the story of the students at the school. And I originally assumed that they would be positive stories – kids that had gotten into a lot of trouble and were really headed down a dangerous path and were really being helped and learning about another culture at the same time.

Then, obviously, once I got permission to film there and actually got to the school, it became pretty clear that it really wasn’t what we were dealing with there.

I assume that the people running the school thought that you would be on board with what they were doing?

Yeah, they definitely did. I think it helped that I found out about the school because I worked as a missionary in the area. And at the time, I was attending a conservative Christian college, and I was a young film student. I think they didn’t see me as much of a threat, and when I originally approached them, I praised what they were doing because I really thought that what they were doing was a good thing. I didn’t know yet.

So, throughout the filming process, I think some of them got suspicious, but there was definitely a lot of hubris in that they really believed in what they were doing. So, they weren’t hiding a lot of things.

How do most of the students feel about what they’re experiencing there? Do some believe that it’s good for them?

One of our main characters, a girl named Tai – she knew from the second she got to the school, which was over a year before we met her, that this place was just wrong, that what they were doing was wrong. She was kind of a “You can have my body, but you can’t have my soul” type of person. She towed the line just enough not to get in too much trouble, but she knew.

David – the guy who was sent there for being gay – he definitely knew that it was wrong, but I think he was a little bit more vulnerable to the – for lack of a better way to put it – brainwashing because he was such a good kid. He was used to respecting authority and trusting teachers and other adults, so I think it was harder for him and other students similar to him to mentally rebel against what he was being told there.

If the students there have been in trouble, it seems like they would naturally be rebellious. So, it would be very difficult to go into that kind of discipline, wouldn’t it?

The whole point of it is to break kids down and get them to conform and not to question authority. And even the most rebellious kid down there gets broken pretty quickly. There’s really nothing you can do. Pretty quickly, kids learn that they need to just keep their head down, or they’re going to be made even more miserable.

Some of the kids who got sent down there had legitimately gotten in trouble with drugs or crime or whatever it was. Some of them had mental health issues. They were suicidal or had anxiety or bipolar…. And then, there were some kids like David and others that really were not in trouble in any way, shape, or form – whether it was because they were LGBT, or there were some kids, we said, “So, basically, you just fought with your parents? You were a normal teenager and maybe went out and got drunk one night?” But there was nothing at risk or juvenile delinquent about them. They just didn’t get along with their parents!

So, their parents just thought that this was a good idea? Do you think some parents don’t know what’s going on there?

I don’t think hardly any parents have a full picture of what’s going on down there because most had never visited the school. If they did, it wasn’t until their kid had been there for almost a year, and they were already significantly financially and emotionally invested in them being there. Parents never visited the campus before they sent their child, so they wouldn’t have the full picture.

Some parents, I know, thought they were sending their kids to just a nice Christian boarding school. Some parents, I think, knew about the punitive nature of it. It’s hard to speculate because I only talked to a handful of parents, but I definitely know there were some who really thought it was a somewhat strict boarding school but didn’t realize the true nature of what was going on.

How did Lance Bass get involved?

One of our other executive producers, Mike C. Manning, who came on the project because David, our main character, is one of his good friends, knew Lance through working with him on some other projects and thought that he might be interested. He talked to Lance about it, and Lance was more than happy to come on board. It means a lot to the victims of not just this program, but other similar schools, to see a celebrity speak out against it.

Did you also interview kids who had been through the program and are now going through all kinds of trauma after?

Yeah, we interviewed several former students from the 80’s to the 90’s who had been there a while back. The school has been around since the late 70’s. Just one of those interviews made it into the film, but I did talk to a lot of former students. And it was really surprising just how similar it was to what we were filming. It didn’t seem like in 20 years anything had changed.

What kinds of things have they experienced in the aftermath?

Almost every single alumni of the school I’ve spoken with has had recurring nightmares – even 10-20 years afterward. It’s very common. Some classic PTSD-type symptoms. A lot of these kids were permanently estranged from their families afterward for various reasons. I’ve yet to speak to one person – even if they claim it helped them – still, when you really talk to them, there are still some lasting effects that maybe they don’t even realize are negative.

What kind of footage did they allow you to get within the walls of the place?

We got away with a lot. They didn’t allow us to film out-and-out physical abuse that we knew was happening, even though they would acknowledge some of it in interviews. They did a thing called “swat” where they would basically spank the kids on the ass with a big paddle in front of staff members. I consider that physical and somewhat sexual abuse, especially when you think it’s like a 17-year-old girl. So, we knew that was going on, but they wouldn’t let us film that.

They did give us pretty unprecedented access to film all the daily goings-on in the school and staff meetings. We interviewed a lot of students and staff. We weren’t allowed to film any individual counseling sessions, although that wasn’t really a huge part of the program, to be honest. So, we were just kind of like flies on the wall unless it was something they were really trying to hide.

Have you received any backlash from the school?

When they found out that I was involved in trying to help get a student out of the school – that is part of the film – they immediately tried to threaten me in any way they could, whether it was threatening to sue or threatening to try to get me kicked out of [film] school. I basically just heard the instructions of the lawyer to just ignore them. To my surprise, since the trailer, I’ve not heard a peep from them.

I also read that this whole experience soured you on religion.

Yeah, I would say that the biggest way that the film impacted my faith – and I was a very devout evangelical Christian when I embarked upon the project – was hearing the staff members constantly say how they were called by God to be there, that they prayed to God and God told them to go become staff at the school.

I, myself, said things like that. “God called me to do this” or “God called me to go down and make this film.” Who’s hearing God right? When I got back home, even though I was still a Christian, immediately I found it much more difficult to pray and expect an answer because how was I to know if I was hearing the right thing or not?

Before this, I suppose you would have thought that being gay was wrong.

Yeah, before going down there, I would have said that the Bible says homosexuality is wrong. I think definitely through getting to know David and finding myself advocating for him, I just realized that I couldn’t wish for him to not be gay anymore. It was clear that was who he was. So, I changed my views on that, I don’t want to say without much thought – it was just sort of all of a sudden, I realized that it was what I believed all along.

What are your plans for the film?

Besides Slamdance, we’re already talking to some distributors and are hoping to get worldwide distribution…. Every penny we get is going toward making the film better.