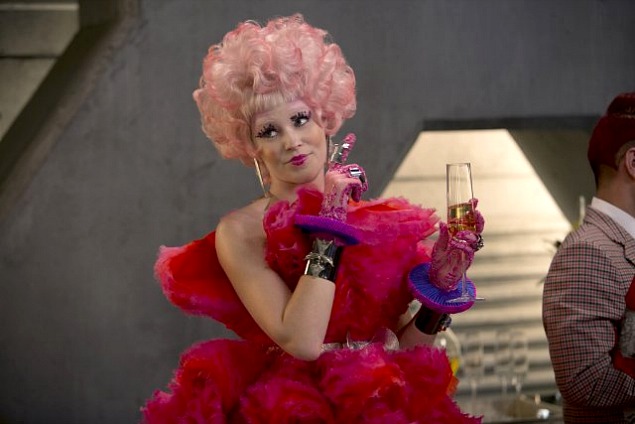 The Academy of Motion Picture Arts and Sciences just announced the seven films nominated in the Makeup and Hairstyling category.

Some of these films are better forgotten.

But the nomination for the underrated “The Great Gatsby” is well deserved. I was hoping this movie would not be completely forgotten in the Oscar race.

And then there is the spectacular red gown worn by Jennifer Lawrence in “The Hunger Games: Girl on Fire” which actually seems to ignite. The outfits worn by Elizabeth Banks’ character, Effie Trinket, are truly imaginative and fantastic.

I think the winner will be “American Hustle,” because the outfits and hair are so true to the characters and the period. “American Hustle” is about scam artists whose genius is in creating illusions that dupe their targets. The permed coif and fussy comb-over of Bradley Cooper and Christian Bale’s characters, respectively, tells you a lot about what extremes they will go to maintain their image, also an illusion. Also, Amy Adams’ cut-to-the-navel gowns are feats of aerodynamic design.

On January 11, 2014, all members of the Academy’s Makeup Artists and Hairstylists Branch will watch 10-minute excerpts from each of the seven shortlisted films. Then they will vote to nominate three films for final Oscar consideration.

The Academy Awards will be presented on Oscar Sunday, March 2, 2014, at the Dolby Theatre in Los Angeles.