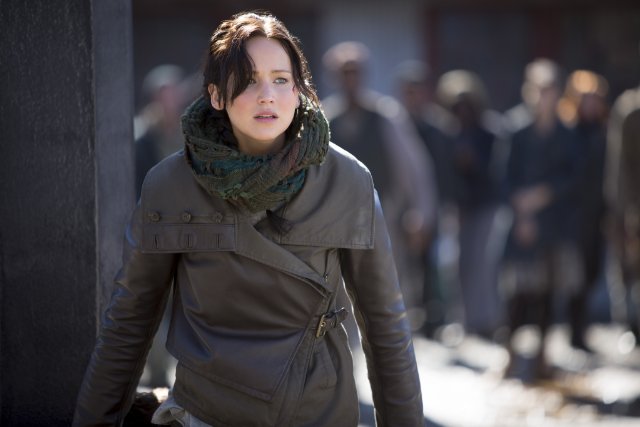 I loved “The Hunger Games: Catching Fire,” and I guess everyone else did, too. The second film in the franchise scored $110 million at the box office, making it the holiday’s best film ever, according to Box Office Mojo. Disney’s lovely family film “Frozen” also scored a record with $93 million, putting it ahead of the $80 million debut of “Toy Store 2” in 1999.

“Catching Fire” shattered the previous record for the Thanksgiving weekend, set by “Harry Potter and the Sorcerer’s Stone” with$82 million in 2001. Its $74.5 million Friday-Sunday total ranks among the best second weekends ever, and the Jennifer Lawrence sequel has already taken in $296 million domestically and $573 million worldwide for Lionsgate.

Monday’s actual numbers could change things, but the three-day total for “Catching Fire” is just behind that of “Avatar” ($75.6 million) and “The Dark Knight” ($75.2 million) for the No. 2 best second weekend ever. The $103 million posted by last summer’s “The Avengers” is tops.

The “Frozen” audience was 81 percent families, with women making up 57 percent of the crowd. “There is a lot of momentum behind Disney Animation Studios right now, and that’s the foundation upon which the company was built, so to see it acknowledged so spectacularly by the public is really exciting for us,” said Disney distribution chief Dave Hollis.

The big opening for “Frozen’ further cements Disney family films as a holiday tradition; the studio owns the top five Thanksgiving openings ever. “You have to a great story and tell it well, and this film did that, as the reviews (84 percent positive on Rotten Tomatoes) and the ‘A+’ CinemaScore show,” said Hollis.

“Frozen,” like “The Little Mermaid,” is loosely based on a tale by Hans Christian Andersen. In it, fearless optimist Anna (voiced by Kristen Bell) teams up with Kristoff (Jonathan Groff) in an epic journey, encountering a glacial landscape and a comical snowman named Olaf (Josh Gad). They race to find Anna’s sister Elsa (Idina Menzel), whose icy powers have trapped the kingdom in eternal winter. Chris Buck and Jennifer Lee directed the film, produced for $150 million.

About 28 percent of the “Frozen” grosses came from 3D, which is somewhat low. About 80 percent of its 3,742 theaters were 3D. In comparision, Disney’s “Monsters University” scored 24 percent from 3D, and “Wreck-It Ralph” was 29 percent.

CBS Films’ geriatric comedy “Last Vegas” was tenth, after taking in $3.8 million over the five days. It’s the company’s highest-grossing film ever, and should hit $60 million domestically early next week.