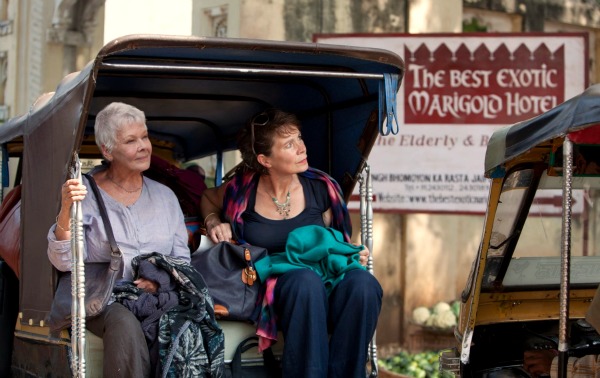 It’s December, which means I’m having the same thoughts I have every year at this time (what?!! another year already?!! really?!!).
Thankfully, that frantic voice is tempered by a saner voice contemplating real-life things I can do to make my life better. I’ve already started the process of gaining more control over my work space and time, so there’s that (“work space” is coming along, “time” is still a nightmare). On the health front, I’m eating better, joined a gym, and even lost a few pounds – yay!

With 2014 right around the corner, are you thinking about your goals and resolutions? Have you thought about how the activities you choose to participate in now will help you Get Old? Get Old is an initiative developed by Pfizer to challenge people of all ages to rethink what it means to Get Old and take a more active role in their health and quality of life at every age.

In short, getting old is not a bad thing, people. Getting old is the goal here! As my husband always says, it’s better than the alternative! And he’s smack in the middle of the baby boomer crowd.

All of this is making me think about movies (of course!) in which the characters choose meaningful ways to experience life on their Get Old journey. Here’s a few:

1. “The Best Exotic Marigold Hotel” – This is one of my favorite movies, partly because it features a great cast of seasoned acting vets, including Judi Dench, Tom Wilkinson, Bill Nighy, Penelope Wilton and Maggie Smith, to name a few. The story follows several British retirees who travel to India to take up residence in what they believe is a newly restored hotel. Less luxurious than its advertisements, the Marigold Hotel nevertheless slowly begins to charm in unexpected ways.

3. “Last Vegas” – There are so many movies where Morgan Freeman could fit in this story, but I’m choosing “Last Vegas,” because it’s just plain fun. The story follows four guys who take a break from their daily routines to throw a bachelor party in Las Vegas for their last remaining single pal. Michael Douglas, Robert De Niro, Kevin Kline and Mary Steenburgen also star.

4. “Wild Hogs” – A group of suburban biker wannabes looking for adventure hit the open road, but get more than they bargained for when they encounter a New Mexico gang called the Del Fuegos. Tim Allen, John Travolta, Martin Lawrence, William H. Macy, Ray Liotta and Marisa Tomei star in this cute and funny film.

Ok, so we can’t all be secret agents or astronauts called back into action, but what are YOU doing to Get Old well? Tell us at GetOld.com and join the conversation on Twitter.com/GetOld and Facebook.com/GetOld.

I am participating in a sponsored campaign hosted by Pfizer and Get Old. I received compensation for this post. All opinions stated are my own. Get Old is a registered trademark of Pfizer Inc.