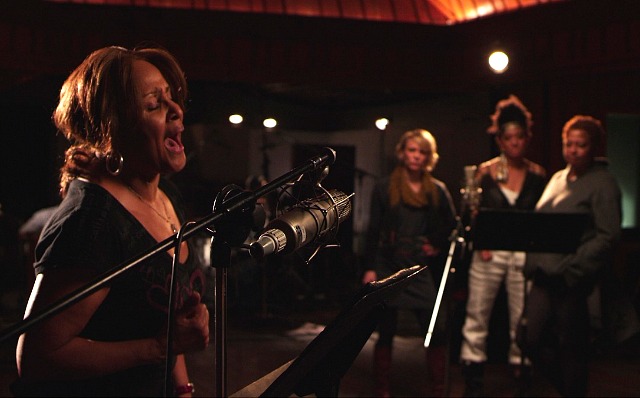 Radius, the boutique label of The Weinstein Company, sent out a press release Sunday night announcing that back-up singers Darlene Love, Merry Clayton, Lisa Fischer and Judith Hill, who are the subjects of the documentary “20 Feet From Stardom,” will sing the “Star-Spangled Banner” on Jan. 1, 2014 at the 100th Rose Bowl Game.

These previously unheralded vocal legends will perform the song at one of the most watched television shows of the year, which can only give the film, which is on the 15 shortlisted Oscar-nominated documentary films, a major boost. It’s another savvy move by The Weinstein Company.

The press release from Radius goes on to say that this is the first time in the game’s 100-year history that the national anthem will not be performed by a participating team’s band.

Directed by Morgan Neville, “20 Feet From Stardom” has also been nominated for an Independent Spirit Award for Best Documentary.

The film shines a light on the stories of backup singers behind some of the greatest musical legends of the 21st century such as Bruce Springsteen, Stevie Wonder, Mick Jagger and Sting.

It’s a very strong documentary field this year, and the critically acclaimed film has a good shot at the top five list although the same could be said of any of the films below. One thing’s for sure: these amazing vocalists will get the Rose Bowl game off to a terrific start, and their talents can be appreciated center stage instead of in the background.

Below are documentary features on the Oscar short list: