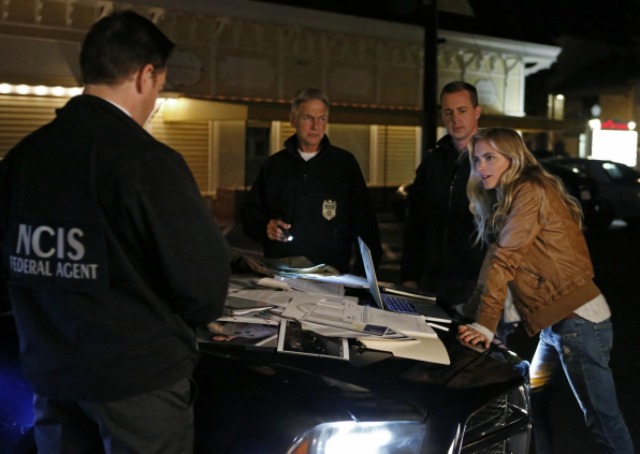 And there she was. Ellie Bishop, the NSA agent who will become an “NCIS” agent and join our team. I want to talk about her so I’m going to let this week’s case go. (The case was sort of good, though. I will say that. We’ve had worse. Oh, and Vance is alive! I was starting to get worried.)

I will be quite honest. I was nervous about this episode. And procrastinating like my life depended on it. It wasn’t so much that I was dreading the introduction of this new character because after the last few episodes, it felt necessary. But it made me sad because somehow it made Ziva’s absence seem more real and definite. That’s nonsense, of course, but that’s how I felt. And what if I didn’t like this new character? I can’t imagine the horror of my favorite show gaining a new permanent character that I can’t stand…

So, I tried to go in positive. I thought of the good things about new characters. It’s exciting to get to know a new character. And it will be interesting to see her learn. Because after ten years and everything that’s happened, she surely has a lot to learn. She might know a lot about national security, but we all know much more about what’s been going on with “NCIS” and its people. It will be fun to see someone new come in who doesn’t get any of the references to past events.

But thank goodness that Bishop is alright. I liked her. She’s weird in a good way. She’s smart, she’s not afraid, and she learns fast. I do believe she will fit in. There were some little things that were reminiscent of Ziva, like when she suddenly tackled the bad guy. I had a “Silver War (episode 3×4) flashback.

Don’t get me wrong, she’s very different from Ziva, but maybe there were a few little things about Bishop that are similar to Ziva when she first came in. Obviously, she’s young and though she knows a lot, she’s in some ways also a bit naive. And she seems tough. In my eyes, this isn’t a bad thing. It’s important that she’s different because otherwise, it just would have been awkward and uncomfortable to watch.

But I guess it makes sense that there would be a few similarities too. She needs to fit in. Ziva fit in perfectly, so they would choose a new team member who is in some ways like her. I was thinking, when I meet new people, the ones who become my friends are usually a bit like my other friends.

I say Bishop can stay. But I do want Ziva back. Not necessarily on the team, because the way they left things with her, it wouldn’t make sense if she became a field agent again. But maybe she could have a different job, at NCIS or somewhere else. I’d just like to have her back and see her regularly. It’s odd without her.

What do you think? Did you like Bishop? Can you see her as part of the “NCIS” team?

We’ll see how everything progresses. From what I understand, it’s on a two-week hiatus now. The next episode will be on December 10. I’m looking forward to “Devil’s  Triad.” In the past two years, “Devil’s Triangle” and “Devil’s Trifecta” have been some of my favorite episodes, so I have high hopes for this one.