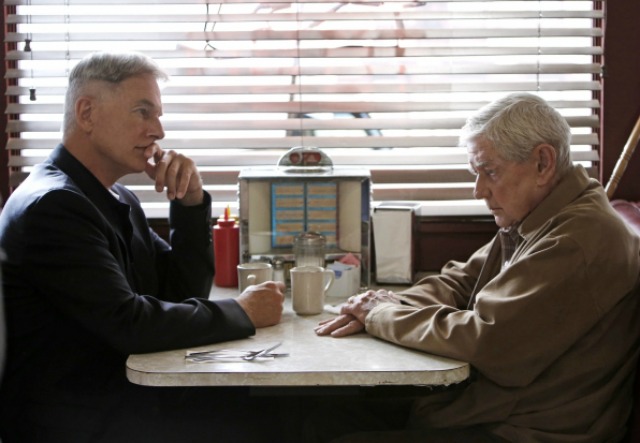 Thankfully this week’s “NCIS” was, in my opinion, much better than last week’s episode.

Firstly, the case was better. I didn’t like that store owner in the first scene, but I didn’t think he would turn out to be the killer. I was surprised by that, and I do like being surprised.

The story with the DCS (Defense Clandestine Service) was a nice twist. Marine Sergeant Dawson, who was “simply” an auto mechanic, was a real asset for the DCS in stopping a terrorist group in Nigeria. Dawson’s mother was from Nigeria, and he could speak an almost extinct language that the terrorist group was using for code. That just goes to show how important it is to speak your languages.

What I did think was slightly odd, was how Gibbs just suddenly “gave point” (American expression?) to McGee. Tony is senior field agent, isn’t he? Perhaps it was because he hasn’t completely been himself lately, but if so, I wish that Gibbs would say so and have a talk with him. Now, it felt like he was just blowing Tony off. That kind of thing happened a lot in the past, Tony not being taken seriously, not being respected. He is a very capable agent, and I would love if they treated him as such. Hopefully, they won’t go back to the way it was in the past.

While on the subject, I realized today that something was bothering me concerning Tony and McGee. I spent some time thinking what it was and I think I’ve figured it out. At least partly. The first thing is that it feels like they’ve taken a step back in their relationship. Or maybe two steps. They were better, they were more like friends. And now, they’re back to being two co-workers who have been through a lot together, and while they are expected to be friends, are not really acting like it. Sure, bickering can be fun. But the way they are now, it’s not fun. It’s like the chemistry is missing. I wish they were more supportive of each other.

Another thing is that McGee should know the reason Tony has been acting weird. He can’t be completely oblivious to how important Ziva is to Tony. Yet, he seems ignorant. I’m waiting for a talk here. Moreover, right now it seems like McGee has completely forgotten that Ziva ever even existed. That bothers me. They were friends.

Lastly, I think part of the problem is that Ziva is gone. They were a team. All of them, together, And now one of them is gone. It’s changed everything. It’s changed the whole dynamic and I think that might (partly) be the cause of what is different between Tony and McGee. It might even go deeper than that. The cast are very close, as the fans know. So I’m sure that Cote’s absence has a huge effect behind the scenes as well. Maybe it’s changed some of the dynamics off screen. And maybe that’s reflected on screen. I’m not saying this is the case; I just think it’s a possibility.

Now. Back to the episode. I loved that Jackson Gibbs was back. I adore him. He was being his stubborn, impatient self and Gibbs, as always, was annoyed at first but, of course, he got to the bottom of things and made everything right. Very interesting to get to know some more about Jackson’s history. And really wonderful stuff about his relationship with a German pilot, who was supposed to be his enemy but saved his life and became a friend.

Walter Beck, the German pilot, who moved to the U.S. after the war, is terminally ill and wrote a letter to Jackson. He tells him how he can’t forgive himself for killing the people he killed during the war. That is all he can think about. Jackson is determined to go and see Walter before he dies. As it turns out, to make him remember something good he did; saving Jackson’s life. And to let him see that this deed made it possible for Jackson to have a son who is a very good man who helps people.

I will admit the last scene made me cry.

The general message was beautiful too. Jackson had told Gibbs about Walter before but he’d never mentioned the man was German. Gibbs had always assumed that his father and Walter had served together. Needless to say, he was very surprised to find out Walter was German, fighting for the enemy. Jackson kind of shrugs his shoulders saying that he thought he’d mentioned it. Gibbs says  that, no, he had not mentioned that because otherwise, he’d surely have remembered since it’s about the most important thing. “No.” It is not the most important thing. Jackson tells Gibbs that the most important thing was that “we were both flyers, we were brothers up there” and that they were the same. That we are all the same. “But we keep fighting each other.” “NCIS” reminds us of this quite regularly. And I love them for it.

Once you get to know people, you’re often more similar than you might have thought at first. “We are all the same.” We’re the same through our differences. We’re the same because we are all human. We all have our beliefs and values. We all make mistakes, we all do good. We all go through good and bad times. We all need love and support. We need to stop judging, stop fighting, and start supporting. And maybe you can’t always be supportive of everything. But if you can’t support something or someone, does that mean you have to fight them or it? My mom always says that if you can’t live with each other, you should just leave each other be and live alongside each other instead.

Anyway, I’m curious to hear everyone’s thoughts on this episode of “NCIS”! Leave comments below.