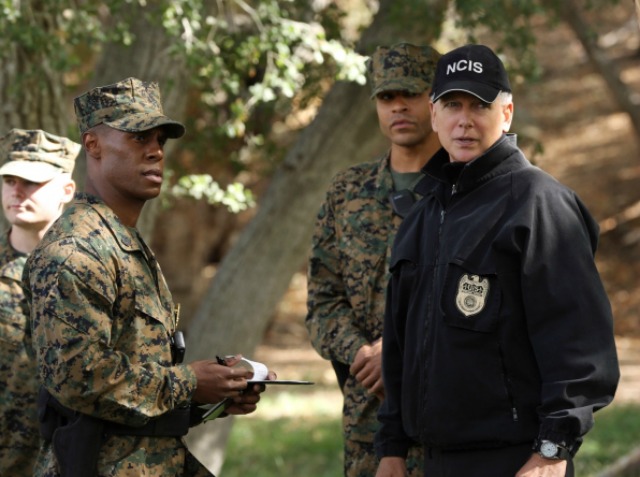 Was this really the eighth episode of “NCIS” already?

I guess the writers thought it was a good week to bring in a lot of guest stars. Mix things up a little bit with two, three different crimes.

Overall, I thought this was a good episode. Nothing spectacular, but good. The case was interesting enough. It turned out to be more complicated than I had thought at first.

At the start, we saw a woman killed when she was hit by a pick-up truck. Turns out it was an ‘accident’ hit and run, and the truck was being driven by someone random, basically. The owner of the truck, staff sergeant Justin Dunne, had an alibi; he was busy killing another person. And, of course, he was committing this murder for someone else, Wendell Kaiser.

Kaiser, in turn, was going to murder Dunne’s girlfriend’s husband for him. This all so that the cops would be facing a mystery. They would not be able to make any connections and find any motives. I guess Dunne and Kaiser had not anticipated they would be dealing with our amazing “NCIS” team.

As for what was happening with our team, isn’t it so, so nice that McGee has Delilah? We didn’t see her in this episode, but it makes me happy to see McGee making plans for a  long weekend and just to know that he has someone.

Tony, in this episode, was partly putting his mask back on and partly opening up, like I talked about in week five. When it turned out he had joined a men’s support group because of everything that had happened in “the past year,” I just wanted to give him a hug. He hadn’t really planned on telling McGee but when it came out anyway, he was so open and honest. But just the fact that it’s all been so hard on him … We knew that, of course, but I hadn’t expected this, and it made me very sad.

Before I forget, I’m glad Palmer was finally back! Now I’m just still waiting for Vance. Where is that guy?

Thoughts on Kerry Clarke? Had we seen her before? Because the team obviously already knew her, but I can’t remember. Will we see her again? I would love to hear your thoughts on this. Feel free to comment below!