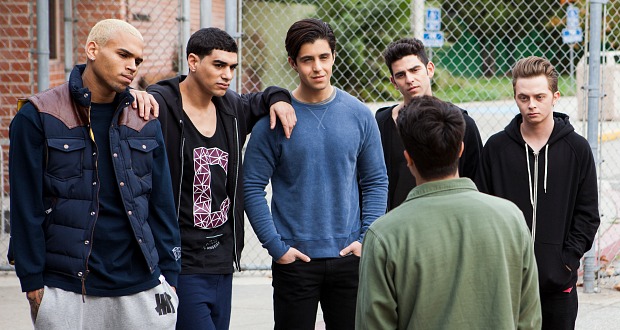 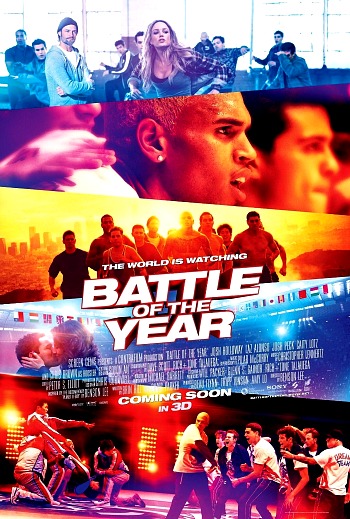 REVIEW: Remember the character that Josh Holloway played in ‘Lost”? Sawyer was kind of a bad-boy loner dude with pretty hair and a bad attitude. Well, just pick that character up off the island and set him down in “Battle of the Band.”

His character Jason Blake has all those same qualities, along with a tragic backstory of losing his wife and child in a car accident. It’s been three years since “Lost” ended, so I hope he can break out of that stereotype soon (much as I like it).

But prior to the accident which sent Jason into an alcoholic spiral, he was an accomplished basketball coach, which is why his old college buddy, Dante (Laz Alonso), now a hip-hop producer, hires him to take his dance team to Battle of the Year and bring home the trophy for America.

But first, a word about Battle of the Year. I had to check and see if there’s a real Battle of the Year, and indeed there is. Commonly referred to as BOTY, this annual b-boying (breakdancing) competition began in 1990 and, since 2010, the world finals take place in Montpellier, France. It’s intended to bring people together across the barriers of geography, language, and race, and Benson Lee, who directed this film, also shot a documentary about the competition called “Planet B-Boy.”

Aside from educating me about this competition, there’s not much new in “Battle of the Year.” It stays the course of other dance movies like the “Step Up” franchise, whereby a group of ragtag dancers are whipped into shape and go on to, if not win, at least do well in a big competition.

Dante is tired of seeing the American dance crew he sponsors lose out to teams from all the other countries, so he hires Jason to bring home the trophy. Jason, of course, has his own demons to battle – namely, alcohol and a bad attitude about life – but somehow everyone comes together, learns something about themselves, and becomes a better human being in the process.

You can hear some of the lines coming a mile away. At one point near the end of the film, Jason says something to the extent of, “Not only are we a team now … [uh oh, here it comes, I thought], but we’re also a family.”

Still, as far as predictable dance movies go, “Battle of the Year” is an acceptable installment. Singer Chris Brown plays a dancer named Rooster, who has a huge ego and a vendetta against another player over a girl. Josh Peck (from Nickelodeon’s “Drake & Josh”) plays Blake’s second-in-command, Franklyn.

And the dancing is gravity-defying phenomenal, although I’m not crazy when filmmakers “speed up” the movement, so it seems like you’re looking at something from outer space. I mean, the dancing is crazy-good by itself. You don’t need any tricks to make it appear even better.

If you or your kids are big fans of breakdancing (I’m more old-school when it comes to the name), then this might be a fun movie to see on the big screen. Just don’t expect anything new or memorable.

Sex/Nudity: A few sexual innuendos, including male dancers who flirt with a female choreographer.

Violence/Gore: Two dancers get into a fistfight over a girl. A man has a heated discussion with someone over his sexual identity. A main character experiences a tragic loss prior to the movie.

Drugs/Alcohol: A character drinks daily and carries a flask with him, though he’s trying to kick the habit and get his act together.

Will Parents Like It? There’s nothing new here, but the dancing is great (and Josh Holloway is not hard to look at!).