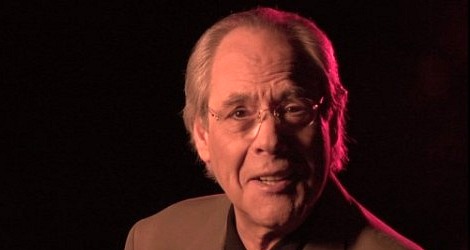 Two new documentaries are opening that merit a look if you’re interested in their subject matter – from the great comedians who learned their trade in the Borscht Belt to the fight to maintain the character of New York’s iconic Coney Island.

“When Comedy Went to School” is an entertaining history of the Borscht Belt by directors Mevlut Akkaya and Ron Frank with footage of and interviews with some of the best comedians in history. These include Jerry Lewis, Sid Caesar, Jackie Mason, and Joan Rivers, along with the next generation like Robert Klein and Jerry Seinfeld. The night I saw the film, Robert Klein did a Q&A after the screening.

If you don’t know about the Borscht Belt, it was a group of Jewish summer resorts in upstate New York from the 1920’s to 1970’s where the best comedians of the time tried out their acts. If you look at the Wikipedia page under “Borscht Belt,” you’ll be amazed by the long list of comedians who got their start at these resorts. The list includes Milton Berle, Woody Allen, and Mel Brooks.

The documentary not only educates you about this rich history, but it will keep you laughing from start to finish. The film opened July 31, 2013 in New York and will open at various locations throughout the country between now and the end of the year. Watch for it in your area.

“Zipper: Coney Island’s Last Wild Ride” is the story of the changes that have been proposed for Brooklyn, New York’s iconic amusement park. The Zipper in the title refers to one of the rides that has been sacrificed as a result of the development plans. Director Amy Nicholson is clearly against the plans, but she gives the opposing viewpoints a voice in the film as well.

As someone who lives very close to Coney Island, I tend to side with the filmmakers. While the area has been in need of refurbishment, far too many of the businesses that have been there for years will no longer be a part of it after the development is completed. When I heard the words “William Sonoma” as a possible new store there, I knew the character of the place would never be the same. Speaking of character, the cast of local characters who are interviewed in the film are quintessential Brooklynites, and their love of the old fashioned carnival atmosphere in their neighborhood is palpable. Some vintage footage of Coney Island offers a nice glimpse of its history, and you can’t help but feel sadness when the man who owned the Zipper (which is now somewhere in Honduras) says on camera that running the ride was the best job he ever had.

Ultimately, “Zipper” is about the fight between progress and tradition, so whether you’re interested in New York City or not, you can be sure that this same story is being played out all across the country.