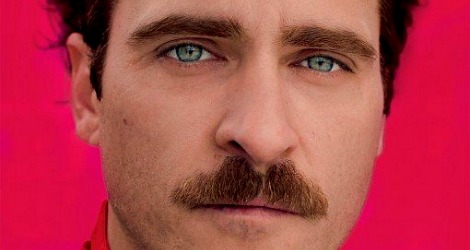 The NYFF is going for glitz and glamour this year with some big celebrity wattage involved, including the previously announced selections of Paul Greengrass’s “Captain Phillips,” starring Tom Hanks as its Opening Night Gala selection and Ben Stiller’s “The Secret Life of Walter Mitty” as its Centerpiece Gala selection.

NYFF’s Director of Programming and Selection Committee Chair, Kent Jones, said of the closing night film, “Like many people, I’ve come to expect great and surprising things from Spike Jonze, but ‘Her’ is something altogether new in cinema. To discuss even a little bit of the plot – let’s just say that it’s about lonely people and artificial intelligence – is to deprive first-time viewers of the opportunity of discovering it themselves. The tone is magical, the freedom of the narrative is breathtaking, Joaquin Phoenix continues to be one of the most adventurous actors in movies, Rooney Mara and Amy Adams are unforgettable, Scarlett Johansson’s voice will break your heart, and so will this impossibly delicate, funny, daring movie.”

“Written and directed by Jonze, “Her” is set in Los Angeles in the near future and follows Theodore Twombly (Joaquin Phoenix), a complex, soulful man who makes his living writing touching, personal letters for other people. Heartbroken after the end of a long relationship, he becomes intrigued with a new, advanced operating system, which promises to be an intuitive and unique entity in its own right. Upon initiating it, he is delighted to meet “Samantha,” a bright, female voice (Scarlett Johansson), who is insightful, sensitive and surprisingly funny. As her needs and desires grow in tandem with his own, their friendship deepens into an eventual love for each other.”

Spike Jonze said, “I’m very excited that it’s a premiere in the city. The New York Film Festival is where we premiered our first movie and that’s really special. It was our first U.S. premiere of ‘Being John Malkovich’ and we had all our friends there and it feels so nice to come back to NYFF.”

Rose Kuo, the Executive Director of the Film Society of Lincoln Center, said, “In dealing with tragi-comic puppeteers, renegade orchid growers, an island of wild things, or a man’s unique love affair, visionary film-maker Spike Jonze has shown himself to be the poet-laureate of our increasingly post-human world. Jonze’s extraordinary new film, ‘Her,’ features Joaquin Phoenix who delivers an unforgettable, emotionally nuanced performance. We are delighted to feature ‘Her’ as the Closing Night gala presentation of the 51st New York Film Festival.”