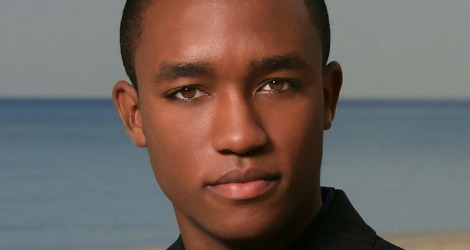 It’s another sad day in Hollywood. Lee Thompson Young, who played Detective Barry Frost on TNT’s “Rizzoli & Isles” (he was Rizzoli’s partner), was found dead in his home after he apparently committed suicide. He was 29. Young was found by local police and his landlord after his co-stars requested someone check in on him after he failed to make the day’s call time on set.

Jonathan Baruch, Young’s manager said in a statement, “It is with great sadness that I announce that Lee Thompson Young tragically took his own life this morning, Lee was more than just a brilliant young actor, he was a wonderful and gentle soul who will be truly missed.  We ask that you please respect the privacy of his family and friends at this very difficult time.”

“Everyone at ‘Rizzoli & Isles’ is devastated by the news of the passing of Lee Thompson Young. We are beyond heartbroken at the loss of this sweet, gentle, good-hearted, intelligent man. He was truly a member of our family. Lee will be cherished and remembered by all who knew and loved him, both on- and offscreen, for his positive energy, infectious smile and soulful grace. We send our deepest condolences and thoughts to his family, to his friends and, most especially, to his beloved mother,” a representative for the show said.

Just last week, “That 70’s Show” actress, Lisa Robin Kelly, died at 43. Her death, while shocking, was not a surprise. Kelly admittedly had a problem with alcohol since her days on the show which led to her character being written off. Her life was then scattered with a variety of arrests including DUIs and domestic disputes. Kelly was actually in rehab when she died.

Born in Columbia, South Carolina, Lee Thompson Young got his big break when he was cast as “The Famous Jett Jackson” on the Disney Channel back in 1998. His show was the precursor for shows like “Hannah Montana,” “Even Stevens,” and “Lizzie McGuire.” After the show ended, Young attended the University of Southern California School of Cinematic Arts on a full academic scholarship. He graduated with honors in 2005. After graduation, he had roles on “Scrubs,” “Friday Night Lights,” and “FlashForward” before landing the recurring role of Detective Barry Frost on “Rizzoli & Isles” opposite Angie Harmon and Sasha Alexander.

The show halted production upon the news of his death so that the cast and crew could grieve and mourn the loss of their co-star. It’s unclear when they will resume production or how they will deal with his character on the show.