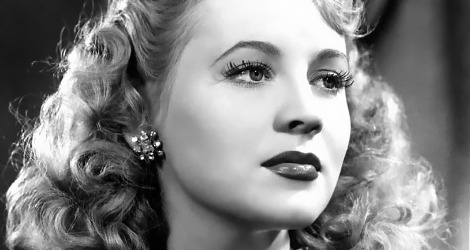 On June 12, 2013, The Hollywood Heritage Museum celebrated Republic Pictures, which was founded in 1935 by Herbert Yates and launched the careers of John Wayne, Gene Autry and Roy Rogers to name a few.

Among the luminaries in attendance were: Anne Jeffreys, who appeared in such legendary shows as “Topper,” “Falcon Crest” and “Baywatch”; Marjorie Lord, most known for her role as Danny Thomas’ wife on “Make Room for Daddy”; Mary Carlisle, a stunner who appeared in over 60 films; Peggy Stewart, who appeared in a slew of Republic’s Westerns and still works in film today; and Fay McKenzie, whose career started back in 1918.

Did I mention that all of the aforementioned actresses are between 90 and 100 years old? A feat in itself, they graciously shared a few of their precious memories for the fortunate few in attendance. In the female contingent, there was one youngster born in the 40’s, Julietta ‘Tweeny’ Canova, who appeared in Westerns along with her famous singer/comedienne mother, also named Judy Canova.

Among the male stars in attendance were Ben Cooper, his most notable role as Turkey Ralston in “Johnny Guitar,” featuring Joan Crawford in one of her best scenery chewing roles, and Dick Jones, who at the age of four was billed as the World’s Youngest Trick Rider and Roper and was a natural for Republic’s staple of Western films.

Republic Pictures’ films, especially the Westerns, featured quite a few musical numbers, which were incorporated into the night’s festivities, played to perfection by Will Ryan and guitar picker extraordinaire John Reynolds, grandson of Zazu Pitts. The night closed appropriately with Roy Rogers’ signature tune, “Happy Trails.”