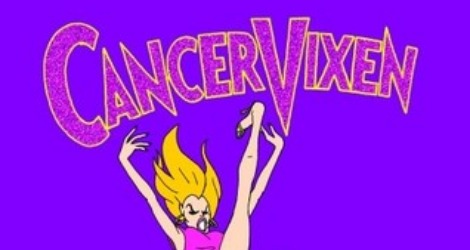 Deadline reports that HBO Films is closing a deal with Julie Delpy (“Before Midnight”) to adapt the graphic novel memoir Cancer Vixen: A True Story, by Marisa Acocella Marchetto.

The movie will star Cate Blanchett (“The Hobbit: An Unexpected Journey”, “The Curious Case of Benjamin Button”) in the title role; Blanchett will also executive produce. Graphic novel memoirs have definitely been coming into their own, lately! Cancer Vixen answers the question, “What happens when a shoe-crazy, lipstick-obsessed, wine-swilling, pasta-slurping, fashion-fanatic, single-forever, about-to-get-married big-city girl cartoonist with a fabulous life finds . . . a lump in her breast?”

I haven’t read Cancer Vixen yet, but it’s on my to-read list. I love memoirs in graphic novel format, and from the reviews I’ve read of this one, it won’t fail to enthrall. It’s supposed to be a wonderfully humorous and inspiring read, and hopefully that will translate well to the big screen!

Have you read Cancer Vixen? What are your thoughts on its movie adaptation? Tell us in the comments below!