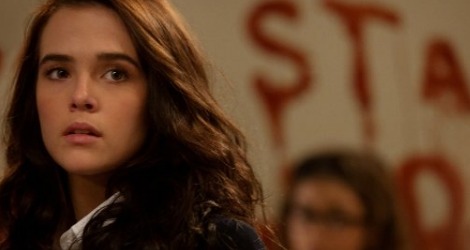 The teaser trailer for “Vampire Academy: Blood Sisters” has been released!

Based on the YA series by Richelle Mead, this first film in what’s expected to be a six-film franchise tells the story of Rose Hathaway (Zoey Deutch), a dhampir (half-vampire and half-human) and her best friend, Lissa (Lucy Fry), a Morai Vampire Princess.

The girls attend St. Vladimir’s Academy, a boarding school where vampires like Lissa learn about the ways of magic, and half-humans, like Rose, are trained to protect them. In addition to being her best friend, Rose is also Lissa’s bodyguard: her task is to protect her friend from the Strigoi, evil and extremely dangerous vampires.

It’s a very exciting teaser trailer – watch it below.

Have you read the Vampire Academy series? Are you excited about the movie? What do you think of the teaser trailer? Let us know your thoughts below!