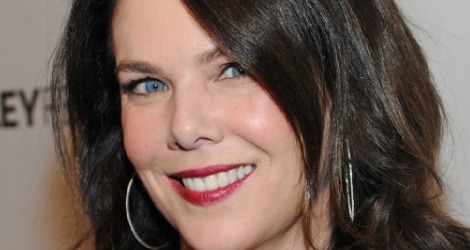 Deadline reports that Lauren Graham (“Parenthood”, “Gilmore Girls”) will be scripting the adaptation of her best-selling debut novel, Someday, Someday, Maybe for the CW.

Someday, Someday, Maybe tells the story of struggling actress Franny Banks, who’s in the last six months of the three-year deadline she’s given herself to make it big. And so far, it’s not really been working out all that well; she’s waitressing and auditioning for commercials and that’s about it.

“Her father wants her to come home and teach, her agent won’t call her back, and her classmate Penelope, who seems supportive, might just turn out to be her toughest competition yet. ‘Someday, Someday, Maybe’ is a funny and charming debut about finding yourself, finding love, and, most difficult of all, finding an acting job.”

The movie will be executive produced by Graham, Ellen DeGeneres, and Jeff Kleeman. The book is supposed to be funny and witty, and according to Deadline, the movie is expected to keep to this tone – and since Graham herself is writing the script, it probably will!

Have you read Someday, Someday, Maybe? Do you think it will make a good movie? Let us know your thoughts below!