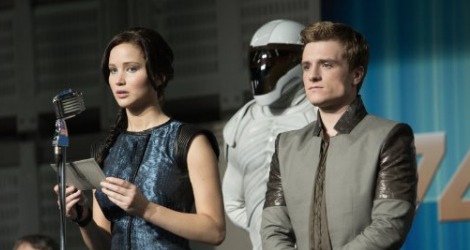 While only invited guests will be able to attend the world premiere, the red carpet will be out for eager fans anxious to catch a glimpse of their favorite “Hunger Games” stars.

This sequel to the first “Hunger Games” movie should be quite exciting. Katniss (Jennifer Lawrence) and Peeta (Josh Hutcherson) have just returned home safely after winning the 74th Annual Hunger Games, but winning means they have to leave their family and close friends once again to embark on a “Victor’s Tour” of the various districts.

Meanwhile, President Snow (Donald Sutherland) is preparing the 75th Annual Hunger Games – The Quarter Quell, a special version of the Games that occurs every 25 years, a version that involves a change in the rules. This will be the third Quarter Quell (it’s the 75th Hunger Games) – readers of Catching Fire by Suzanne Collins will know how the rule change affects Katniss!

Not seen the “Hunger Games: Catching Fire” trailer yet? Watch it below!

Have you read Catching Fire? Are you planning on heading to the theatre on November 22? Tell us your thoughts in the comments below!