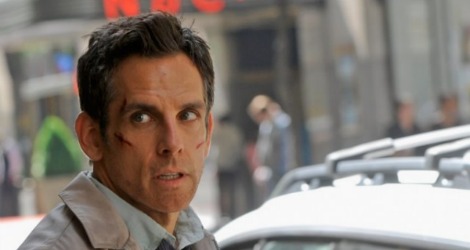 Ben Stiller’s “The Secret Life of Walter Mitty,” will be the centerpiece gala selection of the New York Film Festival on October 5. 20th Century Fox has just released the trailer for the movie, due in theaters Dec. 25, 2013.

“The Secret Life of Walter Mitty” is based on James Thurber’s classic story of a man who escapes into a world of fantasies and daydreams to escape his mundane everyday life.

NYFF’s Director of Programming and Selection Committee Chair, Kent Jones said, “Ben Stiller has expanded on James Thurber’s beloved short story and crafted a beautifully lyrical comic epic, grounded in present day realities and concerns. He is wonderful in the lead, Kristen Wiig is nothing short of magical as the woman of his dreams, and it’s great to see Shirley MacLaine in perfect form. ‘The Secret Life of Walter Mitty’ is one terrific ride, and I’m thrilled that we’re able to present it as our Centerpiece screening.”

Ben Stiller said, “I am incredibly honored and excited to have ‘The Secret Life of Walter Mitty’ premiere in the New York Film Festival. When I first heard, I wanted to make sure it was the one at Lincoln Center and not one in Utica or somewhere. Making this film has been a wonderful collaboration with a really special screenwriter, Steve Conrad, and all the extremely talented cast and crew who worked on this movie. Having grown up a few blocks away on Riverside Drive, I couldn’t be happier to have it premiere here.”