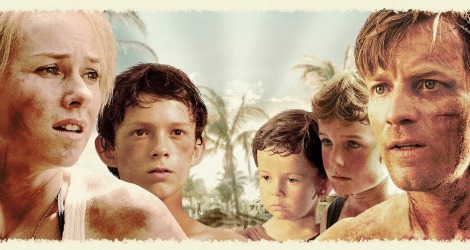 Life is hard. We all know that, right? When you’re going through a rough patch, all you have to do is look around and see someone in more dire circumstances than you.

I’ve had a lot of ups and downs during the past ten years, starting in 2003 with my husband’s liver transplant, followed by his two years of chemo for Hepatitis C treatment, and ongoing health issues since then.

Right now, he’s on the list for a kidney transplant, thanks to a botched aortic aneurysm repair in 2009. During the procedures, the surgeon placed the stent in the wrong place and closed off the arteries to both of his kidneys. One kidney is completely gone and the other is operating anywhere from 20 to 30 percent, depending on the day.

We’ve also lost a ton of people during the past decade – my dad, aunt and cousin; my husband’s dad, sister and grandma; and numerous friends. Back to that “life is hard!” thing.

But you know what? You keep getting up, doing what you need to do, and moving forward in whatever way you can. During the past ten years, I’ve somehow managed to build a nice little business that includes this site you’re reading –  Reel Life With Jane – and my syndicated family movie & TV reviews.

In fact, the work has kind of kept me sane and allowed me to focus on something other than my struggles. Well, and there’s the fact that I’m now the sole breadwinner in the family – that’s also very motivating!

There are plenty of cinematic stories of resilience and courage, too. Three that spring to mind:

1. “The Impossible”: The true story of a tourist family in Thailand caught in the destruction and chaotic aftermath of the 2004 Indian Ocean tsunami. Naomi Watts’ character survives against incredible odds after she and her son are swept into the storm. Read my review here.

2. “127 Hours”: James Franco plays real-life mountain-climber Aron Ralston. While descending down a rock wall in Utah’s Canyonlands National Park, he becomes trapped by a large boulder and ends up cutting off his own arm. Dang!

3. “Open Water”: Based loosely on the true story of Tom and Eileen Lonergan, this movie depicts the harrowing trials of a married couple stranded in the middle of the ocean when their scuba diving group accidentally leaves them behind. Panic, dehydration, swarming jellyfish, and circling sharks are just a few of their challenges.

Everyone struggles with something, no matter how rich or poor, young or old you are. No matter where you live in the world or who your family and friends are.

Who or what gives you the courage to face your fears and challenges in life? Answer below, and each comment will automatically be entered to win a $500 SpaFinder gift card!

And I’m not just asking for the sweepstakes below (though you’ll be in the running!) – I really want to know how you get through the tough times. We can all help each other.

This sweepstakes is sponsored by Investigation Discovery’s new series Surviving Evil, premiering Wednesday, August 28 at 10/9c. Told in their own words, victims reveal how they fought their attackers and survived against amazing odds.

Learn more at InvestigationDiscovery.com/SurvivingEvil and empower yourself with five life-saving tips at IDFiveToSurvive.com.

You may receive (2) total entries by selecting from the following entry methods:

3. Blog about this promotion, including a disclosure that you are receiving a sweepstakes entry in exchange for writing the blog post, and leave the URL to that post in a comment on this post.

4. For those with no Twitter or blog, read the official rules to learn about an alternate form of entry.

This giveaway is open to U.S. Residents age 18 or older. Winners will be selected via random draw, and will be notified by email. You have 72 hours to get back to me, otherwise a new winner will be selected.

The Official Rules are available here.

For more true stories of courage and survival, check out Investigation Discovery’s new series, “Surviving Evil,” airing Wednesday, Aug. 28, 2013 at 10/9c. The series offers empowering, true-life stories in which the victims of violence fight back against their attackers and survive, against the odds.

And be sure to visit the Investigation Discovery: Surviving Evil brand page on BlogHer.com where you can read other bloggers’ true stories of courage and survival and find more chances to win!