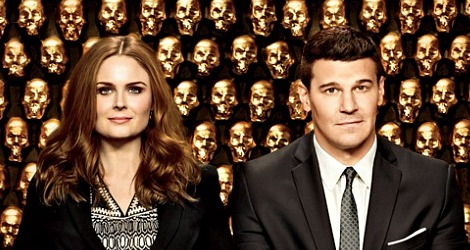 It began as a one day event, but with enormous popularity – more than 130,00 people now flock to the event – it has grown into a three-day event focusing not only on popular arts, films, science fiction and fantasy literature, but also writers, directors, actors, book publishers, and even TV shows, including “The Big Bang Theory and “Bones.”

Many patrons are known to dress as their favorite sci-fi or fantasy hero/heroine. Is that you Princess Leia? Comic-Con is an event where you see a lot of everything, and I admit, it would be very fun to wander though the event and take in all of the sights. It also would be fun to sit in on one of the many panels it hosts, such as the case with TV fan favorite, “Bones.”

“Bones” creator Hart Hanson, executive producer Stephen Nathan, along with the shows two leading stars (although the entire cast is fantastic), David Boreanaz and Emily Deschanel, will be at the convention center on Friday, July 18, 12:30 – 1:30 in Ballroom 20 for an exclusive panel regarding the shows upcoming ninth season. We were all shocked and dismayed when evil serial killer Christopher Pelant prevented Booth from finally marrying Brennan.

But according to TV Guide, a “mysterious ex-priest” from Booth’s past will help him resolve the situation with Pelant (hopefully for good), and guide him in repairing his relationship with Bones (please, oh please).

Hopefully we will get some more details and maybe some scoops for the new season, which premieres Monday, Sept. 16, 2013 at 8 p.m. on FOX.