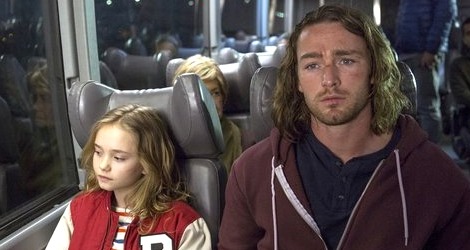 But wait, there’s more. At the end of the “Revolution” panel at Comic-Con, Cuarón made a surprise appearance to introduce “Believe,” his NBC drama executive produced by J. J. Abrams.

Set for a midseason premiere in 2014, the show follows a girl named Bo (Johnny Sequoyah) who’s begun to manifest unusual powers, and the death row inmate (Jake McLaughlin) freed to watch over her.

Cuarón directed the pilot, which, if you know his work, is obvious because the first shot is a long take inside a car that harks back to his 2006 film “Children of Men.”

It looks pretty good. I wish we didn’t have to wait til next year to see it, but I guess that’s not so far away. The show also stars Remy Auberjonois and Kyle MacLachlan.

Watch the trailer and leave thoughts below.