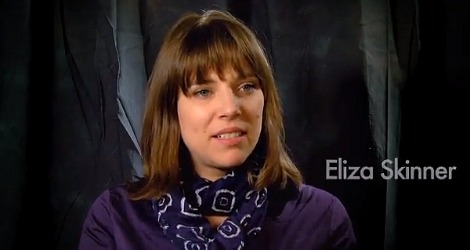 The Writers Guild of America, West released a video today in which striking “Fashion Police” writers talk about their disappointment with Joan Rivers’ unwillingness to support their struggle for a fair contract with E! Network.

“I’m not asking for something amazing,” says writer Eliza Skinner. “I’m not asking to be praised and to be carried around on peoples’ shoulders and to be given millions. I’m just asking for fair compensation … It was so upsetting to me to find out that this person who had meant so much to me, I meant so little to her.”

Writer Ned Rice adds, “The fact that Joan Rivers is not just the star, she’s also a member of the Writers Guild and she won’t support her fellow Writers Guild members, is just astonishing to me. It’s such a basic fairness issue.”

There’s usually no way to shut up the outspoken snarky comic, but when the criticism is in her back yard – and I am a big fan – she is surprisingly mum.