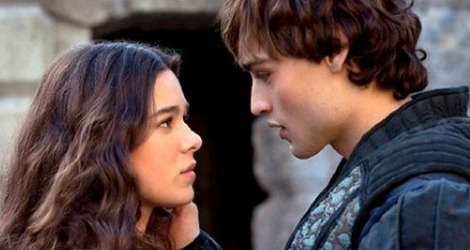 Those famous star-crossed lovers are returning to the big screen this September in Julian Fellowes’ (“Downton Abbey”) version of “Romeo and Juliet,” directed by Carlo Carlei (“The Flight of the Innocent”).

“Give me my Romeo, and when he shall die cut him out in little stars. He will make the face of heaven so fine that all the world will be in love with night,” says Juliet at the end of the just-released trailer.

Check out the trailer below. It doesn’t look like there’ll be too many departures from the Bard’s original version. But beautiful costumes and historical details, an evocative atmosphere and lots of drama, definitely. It kind of comes with this tragic tale, right?

Starring Hailee Steinfeld (“True Grit”) as Juliet, Douglas Booth (“LOL”) as Romeo, Stellan Skarsgård (“The Girl with the Dragon Tattoo”) as the Prince of Verona, Paul Giamatti (“Sideways”) as Friar Laurence and Ed Westwick (“Gossip Girl”) as Tybalt, “Romeo and Juliet” will hit theaters on Sept. 6, 2013.

What are your thoughts on the trailer? Have you watched one of the previous movie adaptations of “Romeo and Juliet”? How do you think this version will compare? Let us know in the comments below!