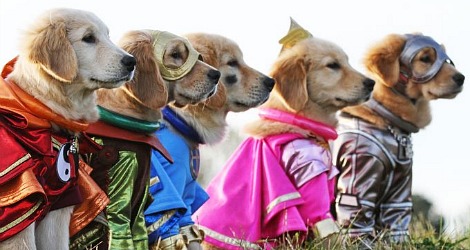 August brings astronauts in space, a sea of monsters, a little plane who’s afraid of heights, and a New York City underworld filled with vampires, demons and werewolves.

Here’s a sneak peek at what’s new in theaters and on DVD and blu-ray this month.

This sci-fi thriller follows a six-person crew of astronauts on a multi-year mission to visit Jupiter’s moon. Just as the trip starts to smooth out, one of the engineers is lost, and the remaining team members have no choice but to continue their search for life under the ice of Europa. Though this movie follows the plot of other space-centric sci-fi movies, it’s one of the most suspenseful and fascinating in recent years.

This sequel to 2010’s “Percy Jackson & the Olympians: The Lightning Thief” finds Logan Lerman reprising the title role. Based on Rick Riordan’s book “The Sea of Monsters,” Percy, accompanied by his friends Annabeth Chase, Clarisse La Rue and Tyson, his half brother, goes on a journey to the Sea of Monsters to retrieve the Golden Fleece and save Camp Half-Blood. Directed by Thor Freudenthal, this movie also stars Sean Bean, Stanley Tucci, Missi Pyle, Jake Abel, and “Buffy” alum Nathan Fillion and Anthony Head.

This cute animated family movie from Walt Disney Studios (think “Cars,” only with planes) follows Dusty (voiced by Dane Cook), a cropdusting plane who dreams of competing in a famous aerial race. The problem? He’s afraid of heights. With the support of his mentor Skipper (Stacy Keach) and a host of new friends, Dusty sets off to make his dreams come true. Directed by Klay Hall (“Tinker Bell and the Lost Treasure”), this movie also features the voices of Val Kilmer, Julia Louis-Dreyfus, Teri Hatcher, Brad Garrett and John Cleese. This sci-fi thriller is set in the year 2154, a time when the very wealthy live on a man-made space station while the rest of the population resides on a ruined Earth. Matt Damon plays Max De Costa, a man who takes on a mission that could bring equality to the polarized worlds.  While not rated at this writing, I’m guessing it’ll garner a PG-13 rating, although there’s a slim possibility it might be rated R, as it has the same feel as director Neill Blomkamp’s 2009 film “District 9,” which was rated R. Jodie Foster, William Fichtner, Charlto Copley and Alice Braga also star.

Tom Walsh directs, writes and produces this animated movie about a family that inherits an old house. To their surprise, the home is filled with wonderful creatures that help to bring the family together. Voices include Melissa Leo, Maggie Wheeler, and Joey D. Vieira.

THE MORTAL INSTRUMENTS: CITY OF BONES
PG-13 for intense sequences of fantasy violence and action, and some suggestive content. In theaters 8/21. Ok for kids 13+. Reel Preview: 4 of 5 Reels. Official Site: City of Bones

Based on the novel by Cassandra Clare, this fantasy adventure is set in contemporary New York City, where a seemingly ordinary teenager, Clary Fray (Lily Collins), discovers she’s the descendant of Shadowhunters, a secret cadre of young half-angel warriors locked in an ancient battle to protect our world from demons. After the disappearance of her mother (Lena Headey), Clary joins forces with a group of Shadowhunters, who introduce her to a dangerous alternate New York called Downworld, filled with demons, warlocks, vampires, werewolves and other deadly creatures. Directed by Harald Zwart (“The Pink Panther 2,” “The Karate Kid”), the cast includes Jonathan Rhys Meyers, Jamie Campbell Bower, Kevin Zegers, and Aidan Turner.

Directed by documentary king Morgan Spurlock (“Super Size Me”) and produced by “The X Factor’s” Simon Cowell, this film offers an all-access look at life on the road for the boy band known as One Direction. Blending live concert footage and backstage goings on, we learn the remarkable story of Niall, Zayn, Liam, Harry and Louis’ meteoric rise to fame, from their humble hometown beginnings and competing on “The X-Factor,” to conquering the world and performing at London’s famed O2 Arena. THE EXTRAORDINARY ADVENTURES OF ADELE BLANC-SEC
PG for some violence, language, brief sensuality and rude humor. On DVD/Blu-ray 8/13. Ok for kids 7+.  Reel Review: 4.5 of 5 Reels.

I love this film from director Luc Besson — a fantasy adventure starring Louise Bourgoin as a fast-talking explorer/writer in pre-WWI France. On a mission in Egypt, she attempts to retrieve a sarcophagus and tote it back to Western Europe, while fending off complications wrought by her nemesis, archaeologist Dieuleveult (Mathieu Amalric). She succeeds on both fronts, but runs headfirst into another problem: a Parisian scientist with the power to heal Adele’s comatose sister has accidentally let loose an ancient Pterodactyl above the Parisian skies. While a zany detective and a hunter attempt to eliminate the creature, the villains turn up yet again and try to thwart Adele’s long-term plans. This stylish film has great special effects and an entertaining story. It’s Indiana Jones with a French twist and a female heroine.

Explore with Miss Frizzle (voiced by Lily Tomlin) everything from the smallest cell to the largest galaxy in episodes of the Emmy Award-winning television series “The Magic School Bus.” For 25 years and counting, generations of kids have enjoyed the magical ride. This set includes “Takes a Dive” and “Super Star Power.”

Sure, things don’t change much from one Scooby-Doo mystery to the next, but do we really want them to? This adventure has Scooby, Shaggy and the Mystery Inc. crew heading to Chicago for a talent show, some museum tours and whole lotta pizza! The windy city is home to the hit TV show Talent Star, in which songwriting duo Fred and Daphne are finalists with some high hopes. Not to be left out, Scooby and Shaggy have a secret act in the works, too, but the competition is (of course) being broadcast from an opera house with a history of horrors and a particularly vengeful phantom.

Wilson, Koko and Brewster are moving up to the next level of training! This DVD finds Wilson taking on new challenges and making daring rescues as the newest member of Chuggington’s emergency rescue squad. Koko and Brewster join in on the new adventures as do new characters Chug Patrol Chief Jackman and super-speedy Hanzo. We love the Buddies in this house, and this installment is just as fun as the previous stories. An ordinary day at Fernfield Farms turns extraordinary when Budderball, Mudbud, B-Dawg, Buddha, and Rosebud discover mysterious rings that grant them each a unique super power. Before you can say, “Buddies, assemble,” the pups unleash their amazing abilities and race to the rescue when a shape-shifting bully from outer space threatens the planet! “Super Buddies” proves when you use your wits and work together, you don’t need super powers to be a super hero.

This 1977 Disney release faithfully honors the first words of Pooh, penned in the 1920s by British storyteller A.A. Milne. Gently paced, subtly humorous, and blessedly understated, this adaptation reflects Walt Disney’s original vision to develop the beloved British bear for a wider audience. The film — a collection of the original Pooh shorts, “The Honey Tree,” “The Blustery Day,” and “Winnie the Pooh and Tigger Too” — is presented in seamless “chapters” and narrated by the timeless Sebastian Cabot. The familiar musical score and original voices of Sterling Holloway as Pooh and Paul Winchell as Tigger make this a must-have keepsake.

Jane Boursaw is founder and editor-in-chief of Reel Life With Jane, a family entertainment site specializing in movies, TV and celebrities. Visit her at https://www.reellifewithjane.com or email jboursaw@charter.net.