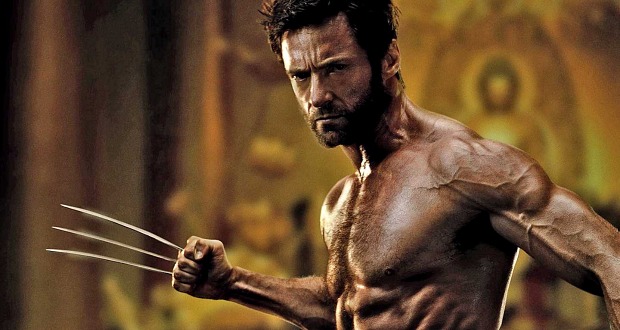 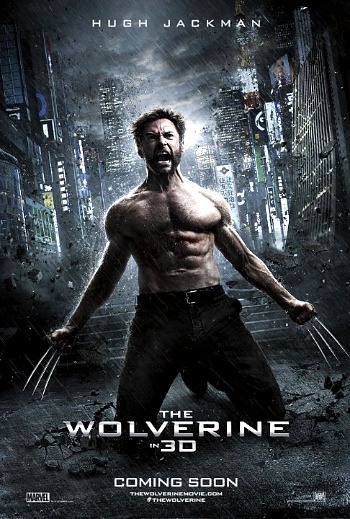 REVIEW: “The Wolverine” is supposed to be “the movie we hoped for with 2009’s ‘X-Men Origins: Wolverine.’” That movie didn’t get great reviews, although I liked it. This movie? It’s ok. It’s not what I’d call an amazing movie, but it’s entertaining.

Maybe it’s the fact that Hugh Jackman, 44, was just in “Les Miserables,” at the end of last year. That was a classic movie based on a great story by Victor Hugo that was also made into a stage musical. He goes from that to a comic book movie.

And I’m not against comic book movies, by any means. They can be great. I loved “Iron Man 3,” and gave it 5 out of 5 Reels. At 48, Robert Downey, Jr. is no spring chick either, and yet I had no problem seeing him don the red suit and fly around. But for some reason, it’s just odd seeing Jackman as a comic book character with metal claws that slash people. Every time he struck a pose and flexed his muscles, I burst out laughing. I’m sure that’s not the intended response 20th Century Fox was looking for.

But as with “Iron Man 3,” “The Wolverine” uses the main character’s pain as a catalyst for some emotional depth, as well as some intense action scenes. The story begins with Logan, aka The Wolverine, adrift in the northern wilderness. He’s plagued with nightmares, often starring his beloved, the late Jean Grey (Famke Janssen). In short, Logan wants out of his bleak, immortal existence.

Then a stranger from Japan named Yukio (Rila Fukushima) shows up and says her employer wants to see him. That would be Yashida, a Japanese soldier in Nagasaki whom Logan saved during the war. Yashida is dying, and he longs for Logan’s immortality.

Logan travels with Yukio to Japan, where Yashida’s death sparks a kidnapping attempt on the life of his granddaughter Mariko (Tao Okamoto), which raises bigger questions that even Wolverine himself may not be able to answer.

“The Wolverine” takes a look Logan’s origin story, and we get to see him evolve into a superhero who actually feels like he has a purpose again. And even with my previous comments about laughing at the claws, there’s no doubt that Jackman, with his muscular physique and manliness, is up to the action-hero task.

But what I love most about this movie is the female characters. They’re not portrayed as weak girls who need a man to save them. Fukushima and Okamoto are fierce warriors and equals to Jackman, sometimes saving him from the brink of death. That’s the good part.

The bad part? “The Wolverine’s” violence is relentless. And the dialogue is sometimes stilted. That said, it’s a worthy installment in the Marvel franchise, and make sure you stick around for the credits, which – as any Marvel movie fan knows – always offer a peek at what’s to come.

Sex/Nudity: Some kissing and flirting. A couple is shown presumably in the aftermath of sex, cuddling under the covers. A man is shown with two women at a private rendezvous, all of them kissing and in their underwear. A female villain wears revealing clothes and sometimes attacks her enemies with a passionate kiss that turns dangerous.

Violence/Gore: A massive explosion destroys the land in the first scenes of the movie.  Lots of action violence, much of it involving knives, swords, and guns. Wolverine has metal claws that slash at his enemies, maiming and killing them. Soldiers gut themselves and others, and ninjas wield swords and engage in brutal hand-to-hand combat. Many scenes are bloody and accompanied by bone-crunching sounds. A villain attacks by injecting venom in others, turning their skin yellow and blistery. Attackers shoot arrows into victims, and they’re shown staggering around. The Wolverine is shown burned from head to toe, but he heals immediately.

Drugs/Alcohol: A man drinks whisky when he’s lonely. Adults drink in bars and at parties.

Which Kids Will Like It? Kids 14 and older who like the Marvel Universe or comic book movies.

Will Parents Like It? Though violent, “The Wolverine” is an entertaining installment in the Marvel movie franchise.