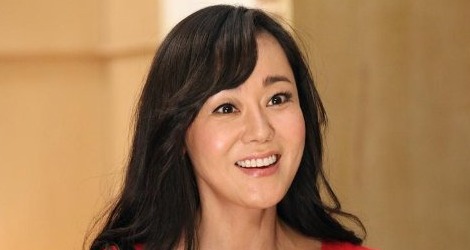 Here we go with this week’s episode of “Mistresses.” Joss starts off the show with a heavy duty sex scene. I must say, the guy was pretty cute, don’t you ladies agree?

All of the women seem to be in turmoil this week in one way or the other. Savi hasn’t told Harry she’s pregnant and is waiting for the paternity results. Karen is trying to put Tom’s death and her affair behind her. April has decided to help financially with her dead husband’s illegitimate child. And Joss is getting a little too close to one of her lesbian clients. Just another day with the ladies!

Let’s start with Savi and Harry. What do you gals think? He really wants a baby (and doesn’t know she’s pregnant), and she is so worried about who the dad is. Well, I would be too! I thought is was funny when he told her about her breath smelling like metal – a sign of pregnancy. I never knew that.

Now to Joss and Alex. Alex stops by to get Joss so they can go exercise. I could have told you what was going to happen with this storyline, but I bet you figured it out too. Alex is falling for Joss, but Joss isn’t aware of it … yet. Well, she’s going to be. Oh yeah, the guy who loves to watch “cartoons” is still in her bed!

Later, Joss tells Alex she will help her move out of the place she has with Sally. Being that they just broke up after five years together, it probably isn’t a good idea for the real estate agent to help. But it’s Joss, what do we expect?

Now, here comes a biggie, gulp – Joss hops into the shower after their workout, and Alex follows her in … it was definitely a steamy love scene. Whoa!

Ok, to sweet April. She is trying to find some money to help with Peter’s “other” child. I can’t imagine! Furious, betrayed and deeply hurt are a few things that come to mind. Unfortunately her advisor tells her that even with the insurance money, she really doesn’t have any cash to give away. Ugh, she can’t believe it! I am curious what’s going to happen with this storyline and the other woman and child.

Switch to Karen, who is still dealing with her affair with Tom. Mr. Newsome, that bothersome (but handsome) insurance investigator, is back asking her more questions. She just can’t shake this – which is what she wants, that’s for sure. I am wondering what he has found that he claims could turn the investigation into a criminal case? He wants her notes, something that says Tom was suicidal, but she isn’t going to give them up. I think she shredded them all anyway, right? Later when Karen met up with Elizabeth, I wasn’t sure what was going to happen. I thought Elizabeth might have a hunch about the affair, but no, not yet.

Now back to Savi at her office. I didn’t like that she was jealous of the new gal. Dominic is a flirt, and Savi is married, so she needs to “let go.” It was funny that she sent the new girl to Van Nuys to record documents – far away. Dominic knew what she was doing, and when he confronted her later, I had no idea she was going to admit (without saying it) that she does have feelings for him, did you?

She needs to make a decision – Harry or Dominic? She should pick her husband, however I bet he will kick her out if they find out Dominic is the father of her child. Yikes! April and Richard’s (cute Richard) daughters both skip school (um, they are only ten years old) to go see Selena Gomez at a book signing. I thought it was weird that the principal was mad at April and Richard, and threatened to suspend the girls if it happened again. They are only ten, and the parents had no idea, geez.

Back to Joss and Alex. They both decide to talk about their little “thing” in the shower. They both had fun, but shouldn’t do it again. Joss tells Alex it was a rebound thing. Joss, Alex likes you, can’t you see that?

Later while at Alex’s packing up, Sally confronts Joss about Alex. She accuses Joss of sort of “stealing” her away. Oh boy, Joss knows that isn’t true, or does she? I didn’t think so, but later, she decides cartoon boy is boring, calls Alex and says she’s coming over. Joss!  No! If you remember, Joss said earlier that she doesn’t do relationships. I’m pretty sure she’s going to hurt Alex. Okay, back to April and Richard. Well, I was happy when Richard showed up at the store, and they had a good talk. April finally told him everything. Now he understands why she was acting the way she was – so of course, they end up in bed – at the store. LOL. That was funny, but I wouldn’t want to be the customer that purchases that bed…

Now to the last scene with Savi and Harry. Savi comes home after her scare of having a miscarriage (which I almost think she was hoping for so she didn’t have to deal with the results of the paternity test), and tells Harry she’s pregnant. But, as I’m sure you’ll agree, the biggest line of this episode was, “I’m pregnant Harry, but it might not be yours.”

Well, that’s a cliffhanger – if only for a week. I think Harry is going to flip his lid.

What did you think of this episode? Are things going the way you thought they would? What do you want to happen?  Leave comments below!