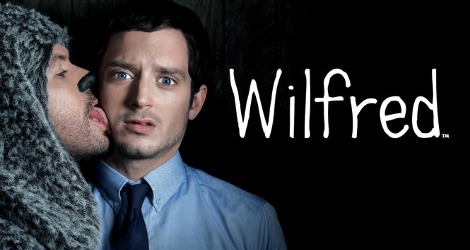 Today’s installment of our July Giveaway Extravaganza — we’re giving something away every single day in July! — is all about a former Hobbit and a guy in a dog suit.

WHAT IT IS: Elijah Wood and Jason Gann return for another fearlessly funny season of Wilfred … the story of a dog and his man. Following the first season’s cliff-hanger finale, Season Two finds Ryan making a fresh start with a real job and a new girlfriend. But with Wilfred’s help, Ryan discovers he still has a lot to learn about life, including ‘squishy’ viral videos and the ongoing cuteness war between dogs and babies. Get your paws on Season Two — with a shocking season-ending revelation that will change everything. Season 3 premiered on FX June 20, 2013.

1) Leave a comment on this post, telling us why you’d love to add “Wilfred’ Season 2 on Blu-ray to your home video collection.