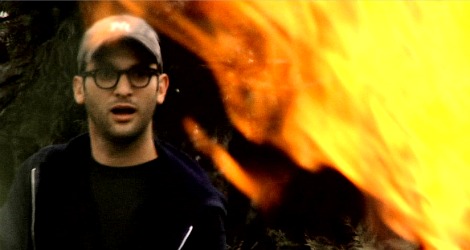 The same day as the President gave his speech, documentarian Josh Fox hosted a special screening of “Gasland 2” at the HBO offices in midtown. This is a follow-up to his controversial Oscar-nominated 2010 documentary, “Gasland,” which gave agita to those who distrust big oil and gas companies and the bureaucrats who regulate them. (Not to mention how the film aggravated the heads of those same multi-national corporations.) During the HBO reception, at which Debra Winger and her actor/director husband Arliss Howard and actor Aidan Quinn mingled with guests and press, I asked Fox about his reaction to the President’s speech. And why doesn’t POTUS ever use the name of the process he is advocating?

“You mean why won’t he use the F word?” the affable director asked. “Well I think it’s easier to say natural gas. It sounds so nice. But what this is is fracking, frack gas, and it would be better if he actually said we’re going to frack everywhere because that’s what the plan is.”

Fox discovered the gas companies intended to use a technique known as hydraulic fracturing, or fracking, where chemicals and water are pumped under the land to extract natural gas. “Gasland” is a muckraking film about what he viewed as the environmental and health dangers of fracking.

Fox is just as passionate as filmmaker Michael Moore, but his approach is more low key and less confrontational. Fox carries a banjo – that’s him in profile in the poster – that he played before the screening.

I asked Fox why he decided to do this follow up film.

“As you’ll see, I wanted to find out if we had one of the largest on-the-ground anti-drilling movements in history, one of the most controversial environmental issues in history, one that creates clear suffering for so many people … why wasn’t our government standing up for people in the face of multi-national corporations that were coming in toxifying their landscapes, destroying their lives, upending their communities? Why did we see President Obama, for example, embrace natural gas, showing talking points? Why have we seen no action at the government level anywhere except New York State? Why is it that our regulatory agencies and our federal government seem to be entirely captured by the oil and gas industry?”

The enthusiastic director and Pennsylvania homeowner added, “The first film was about people lighting their water on fire. This film is about the oil and gas industry lighting our democracy on fire.”

When I asked Fox if he was bummed out by the President’s speech, he replied, “I think that it’s great the President, with all the power of the bully pulpit, focuses on climate change. I think he’s got entirely the wrong answer. To go in the direction of embracing natural gas wholeheartedly and saying, ‘We’re going to frack here, we’re going to frack overseas, we’re going to frack a lot,’ and convert the coal infrastructure to natural gas is entirely misinformed about how bad frack gas is for the climate. Frack gas is the worst fuel we can use for the climate in the short term, in the 20-year time frame, so we have to win back our President, who is clearly, earnestly concerned about this but has the wrong information on gas.”

“What I want to get across is that there is a movement of millions of Americans out there who are upset about natural gas and want to move straight to renewables, and we have the ability to do that. We don’t need this bridge, which is a gangplank.”

He added, “This is possibly, if we’re talking about developing gas on a large scale, like it was in the plan and in the speech, this is possibly going to worsen the effects of climate change. Don’t forget, natural gas or frack gas is a greenhouse gas. Methane is the second most important greenhouse gas out there, and it’s up to 105 times more potent at warming the atmosphere than CO2 is. When you have any more than a one percent rate of leakage, that’s worse than coal. Right now we’re seeing rates of leakage in the field between 7 and 17 percent that means frack gas is worse for the climate.”

The anti-fracking director, who put the “f” word on the map, is encouraged by the reception the film has received.

“We just toured the United States. We saw people who are fired up to fight off multi-national gas corporations,” he said. “I can’t be anything but positive in my faith and the fact we are out there reinventing democracy because our democracy has been taken away from us. I don’t think that in the long or the short term the frackers will win. I really don’t. We were told five years ago in New York we didn’t stand a chance. We have not seen fracking in New York because we’ve won there. We were told in Pennsylvania you’re never going to convince the public. Right now two-thirds of citizens in Pennsylvania support a moratorium on fracking throughout the state. The tide has turned.”

There has been a very vocal group of people, pro-frackers led by journalist Phelim McAleer, who have created a sort of showdown with the “Gasland 2” director. They follow him around and screen their own documentary entitled “FrackNation” at the same time “Gasland 2” is being screened.

At the last dual screening, Fox said dismissively, “He had 17 people and we had 700.”