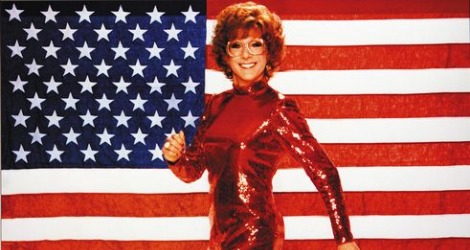 This article idea hatched when I saw a video of Dustin Hoffman getting emotional about the learning experience that “Tootsie” presented to him as a man. It is not a new video, but was released in 2012 from the archives of the American Film Institute, and shows a much younger Hoffman than we’ve seen on screens lately. If you haven’t seen it, take a look.

Of course, after that conversation with Dustin Hoffman, I had to go back and watch “Tootsie” again. It came as somewhat of a shock to learn that the movie was 30 years old last year.

So to answer the question in my title – yes, for the purposes of the Classics Connoisseur, “Tootsie” qualifies as a classic.

My main criteria is to bring you films and stars that may get overlooked in the rush to experience the latest celebrity. Having re-viewed “Tootsie,” I believe that it is a film that deserves continued attention.

One reason for that is its social/historical niche. Set square in the middle of the burgeoning Women’s Rights movement, the movie points out most graphically people’s unrecognized stereotypes of men and women. You’ll think that all of that has changed. You may recognize that the fundamentals are still the same.

Hoffman spent three years developing the script before he went to director Sidney Pollack and they spent more time, and a couple more writers fine-tuned the concept. As he says in that clip at the top, Hoffman wanted to explore how it is different to be a woman than a man, and to do that, they chose the story of an actor who wanted a job, any job, badly enough to pass himself off as a woman to get one.

The improvised scenes are there because of the sensitivity of a great director, Sydney Pollack, who also plays the part of a theatrical agent, and the confluence of comedic and acting talents of Hoffman, Murray and Garr among others. In the commentary that comes with the DVD, Pollack repeatedly says that he doesn’t really know comedy, so he depended on experienced comic actors.

Pollack also says repeatedly that they played each scene straight – the characters not knowing that what they were doing was funny – which makes the difference between what might have been a lot of cheap-shot  jokes or slapstick situations and a fine piece of art. Art that is so funny, you’ll drop your popcorn as you’re rolling in the aisles.

The American Film Institute named “Tootsie” the second funniest film of all time. (Okay, okay, you don’t have to look it up. The top of their list is “Some Like It Hot.”)

I think Pollack and Hoffman and the others have every right to be proud of “Tootsie.” It may be a hard sell to convince people there is any substance in a movie about a guy dressing as a woman to get a part in a soap opera and all the complications that involves.

Just tell doubters to listen to Pollack on the DVD commentary as he explains that the whole movie depended on finding the thread defined as “I was a better man because I was a woman.”