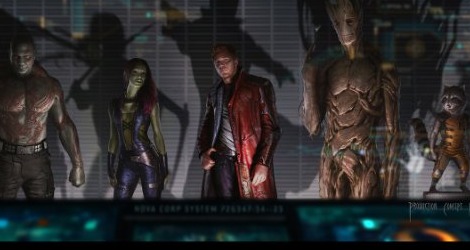 Marvel has confirmed that Glenn Close will be playing the role of Nova-Prime, the highest ranking member of Marvel Universe’s intergalactic police force Nova Corps in the movie “Guardians of the Galaxy.”

According to the LA Times, this is the first time a female has held the Nova-Prime title; all previous Nova-Primes (in the comic universe) have been male.

The film is based on Marvel’s graphic novel series of the same name. Pilot Peter Quill (Star-Lord) finds himself stranded in space; he must unite a diverse group of aliens to form a squad capable of fighting cosmic threats.  Sounds like fun, right? In its coverage from Comic Con, where the entire cast of the movie appeared on stage, the LA Times also reported that “The tone is strikingly different from previous Marvel films, with more snark and irreverent humor.” So it definitely sounds like the movie won’t take itself too seriously!

For Doctor Who fans, the movie also stars Karen Gillan, one of the Doctor’s intrepid companions. Gillan plays the villainous Nebula, a space pirate; at Comic Con, she pulled off a red-haired wig to reveal her new bald look as Nebula.

Production on the film began about two weeks ago in the UK; it’s slated for release on August 1, 2014.