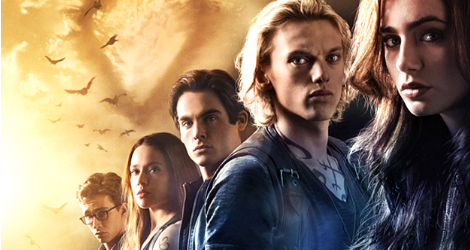 Hollywood Crush has unveiled the final one-sheet for “The Mortal Instruments: City of Bones”! Isn’t it just gorgeous? The novel, the first in the series by Cassandra Clare, is about 15-year-old Clary Fray and her friend Simon Lewis, and the group of people they meet (Jace, Alec and Isabelle) who are Shadowhunters, warriors who hunt and defend the world from demons. When Clary’s mother is attacked and disappears, Clary must enter the world of the Shadowhunters, a new reality within our existing reality, to try and find and save her.

“The Mortal Instruments: City of Bones” will be released in theaters on August 21, 2013.

What do you think of the poster? Are you excited about the movie adaptation of this best-selling novel?