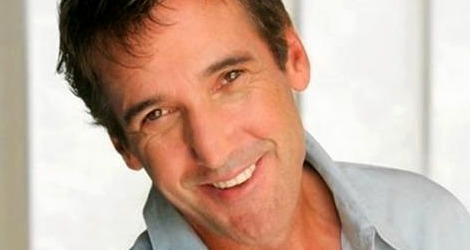 Dish Nation host and Dallas DJ David “Kidd” Kraddick died suddenly this weekend at a charity golf tournament in New Orleans. He was 53.  Original reports claimed he had a brain aneurysm, but according to recent autopsy reports, Kraddick had an enlarged heart and 40-80 percent blockage in three blood vessels.

Kraddick was in New Orleans to help raise money for his charity, Kidd’s Kids. Founded in 1991, the mission of Kidd’s Kids was to help send chronically ill or physically challenged children and their families on an all-expenses paid trip to Walt Disney World.

In a statement from Kraddick’s family, they said: “We are all shocked and saddened by Kidd’s untimely passing. At this time, we ask that you respect our privacy as we mourn and grieve our family’s tremendous loss.”

On the charity’s Facebook page, Kraddick wrote: “I founded Kidd’s Kids in 1991 with the hope of making a difference in the lives of terminally and chronically ill children. Each year, Kidd’s Kids offers five amazing days of suspended reality to children whose lives have been ravaged by disease. Kidd’s Kids children and their families are given the chance to experience the exuberance of being “normal.” That is the gift that you and I can offer by supporting the Kidd’s Kids organization.”

New Orleans media outlets reported that Kraddick was taken to a hospital in the city and died just after 2 p.m. on Saturday.

“He died doing what he loved, and his final day was spent selflessly focused on those special children that meant the world to him,” noted a statement from YEA Networks, who syndicates his radio show.

Harry Styles: “Absolutely devastated to hear about the sad passing of Kidd Kraddick. He was always so nice and will be incredibly missed. Lovely man. RIP.”

Ryan Seacrest: “So sad hearing about my radio brother Kid Kraddick. One of a kind and one of the best at what he did every morning. U will be missed Kidd”

Nick Lachey: “Just heard the news about the passing of Kid Kraddick…..so sad. He was truly one of the good guys in radio, a class act! #RIP”

Kraddick hosted “Kidd Kraddick in the Morning,” a radio show that aired in almost 100 markets around the country and was globally transmitted on the Armed Forces Radio Network.  He and his crew played an integral part on the nationally syndicated TV show, Dish Nation. Dish Nation is set to air a special tribute to Kraddick on Monday, July 29th. Check to see when it airs in your area here.

He is survived by a daughter, Caroline.

Watch below as Kidd talks about a new TV channel for dogs.