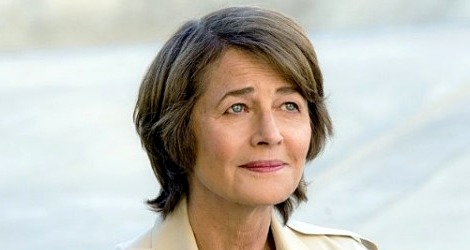 “Scar Tissue” is a good title for this episode of “Dexter,” and Charlotte Rampling as Dr. Vogel is a fascinating addition to the cast.

The episode starts with Dr. Vogel taking Deb to the scene where she shot LaGuerta. Deb fantasizes that she killed Dex that fateful night instead. She’s reluctant to disclose this to Vogel but finally does. Vogel shows Deb one of the videos of Harry discussing Dex and uses it to justify the Code.

Vogel tells Dex that he should be prepared for the possibility that Deb will want him out of her life. He says he won’t let Deb go. Vogel believes Dex needs Deb because she was a mirror that reflected a better part of him. She tells Dex that he won’t need Deb anymore once he accepts that he’s part of the “natural order of things.”

Dex investigates the next suspect on Vogel’s list of possible Brain Surgeon killers – A.J. Yates. He has a scar on his head in the same position as the victims of the Brain Surgeon. Dex confronts Vogel about this, and she claims that Yates had a lesion on his brain that required surgery.

When Dex breaks into Yates’ house, he finds women’s shoes in the closet and takes partial fingerprints from them. He also finds information about Yates’ father, who is apparently in a particular nursing home. What Dex doesn’t know is that Yates has monitors and cameras set up in his house, and he watches Dexter from another part of the house, where he has a female victim in a cage. Yates almost confronts Dex but stops when he hears Dex on speakerphone talking to Vogel. Obviously, Yates recognizes her voice. In her “therapy” with Deb, Vogel tells her that unlike Dex, who only kills other killers, Deb shot a good person (LaGuerta) in cold blood. She says that Deb doesn’t want to face that she’d do it all over again because, in her heart, she will always choose Dex. “Accept that you are a good person who was forced to do a terrible thing, and you made the best of an impossible situation,” Vogel says.

Meanwhile, a young woman visits Vince at the station, and he immediately hits on her in his usual cheesy/sleazy way. Then, she tells him that she thinks he’s her father as a result of a sperm donation.

Dex returns to Yates’ house and discovers the monitors, as well as evidence that proves Yates is the Brain Surgeon. Then, he finds the victim stashed in a cabinet, and she’s bleeding profusely from a cut pulmonary artery. The cabinet put enough pressure on the wound, however, to keep her alive. Dex takes her to the E.R. and leaves her there.

Dex finds Vogel’s notes and discovers that she has been writing down everything he has said to her. He’s furious. “You were experimenting on me with Harry, and you still are,” he says.

Deb finds another recording of Harry talking to Vogel, in which Harry talks about having seen one of Dexter’s victims. “I don’t think I can live with this,” he says. Deb responds to herself, “Now, I’m supposed to.”

Dex calls Yates and pretends to be someone from the nursing home. He gets Yates to come there to check on his father, but when Dex appears, Yates removes his father’s breathing tube, which means the nurses will come into the room immediately. There would be no time for Dex to drug Yates and get him out of there. Yates escapes out the window, while Dex hides behind the door and slips out as the nurses rush in to attend to Yates’ father.

Dr. Vogel calls Dex, and he ignores her call, thinking, “This experiment is over. Vogel can go to hell.”

Dex and Deb run into each other at the station and smile. “We should talk,” she says. They get into Dexter’s car, and Deb says that Vogel doesn’t understand the two of them. He says that they’ll always be together. She then asks Dexter if Harry killed himself. Dexter says yes and adds, “He thought he’d created a monster.”

Deb says, “I think I know how he felt, why he killed himself. But he only got it half right.” She grabs the steering wheel and steers the car into water. Someone dives in and gets Deb free, pulling her from the water. She watches as an unconscious Dexter goes under with the car. Then, she gasps and, in spite of herself, dives in and pulls Dexter up.