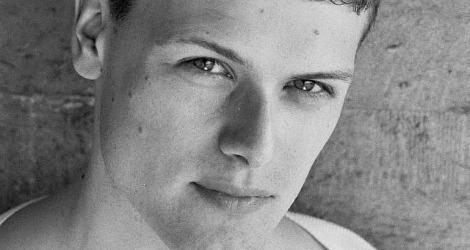 [Update: It’s official! Starz confirmed today that Sam Heughan will be cast as Jamie Fraser in the upcoming series “Outlander”. What do you think? Can you see Heughan as Jamie?]

Fans of “Outlander” by author Diana Gibaldon may have heard the excitement floating around the Interwebs this past weekend that Sam Heughan has been cast as the hunky Jamie Fraser in Starz Network’s adaptation of “Outlander.”

Starz had tweeted on Friday that Heughan, a Scottish actor who has starred in the British TV movie, “A Very British Sex Scandal” and the film “A Princess for Christmas,” and who has had appearances in various British TV series including “Midsomer Murders” and “Rebus,” would be playing the role of Scottish warrior Jamie Fraser.

But according to an update on the matter posted at Deadline, Starz has since deleted the tweet. Apparently, while they’re still in talks with Heughan, nothing’s been finalized yet. But Diana Gibaldon did tweet that she’s seen Heughan’s audition tapes – and added in her tweet, #jawdrop. If you haven’t read “Outlander” yet, and want to dive in before the series is expected to begin sometime next year, you’re in for a real treat: Claire Randall, back from her duties as a nurse during the war, is traveling with  her husband, when she walks through an ancient standing stone circle and suddenly time travels (yes! time travel!) from 1945 to Scotland in 1743.

It’s a Scotland that’s being torn apart by war, complete with clan rivalry. Claire meets the very hunky (I think I already mentioned this, but it’s well worth mentioning again) Scottish warrior Jamie Fraser and … well, you’ll have to either read the book or wait for the TV series to find out the rest. And yes, it is as hot and good as it sounds!