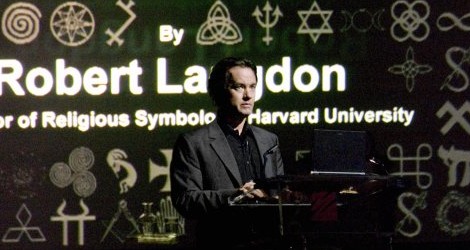 Well, that was quick!

Dan Brown‘s “Inferno” was only just released this past May, and the LA Times reports that Sony Pictures has announced it will be the next Robert Langdon movie. The anticipated release date is December, 2015.

And if you’re wondering, what about the movie adaptation of “The Lost Symbol,” the third Langdon book in the series? It appears that Sony intends to skip over “The Lost Symbol,” which “has been in development for several years,” according to the LA Times.

Tom Hanks is attached to return as Langdon; as for the director, Deadline reports that Ron Howard will be returning as director (he directed the previous two movies in the franchise) despite having parted from the development of “The Lost Symbol.” “Inferno” begins with Robert Langdon waking up in a hospital bed with amnesia from a gunshot wound to his head. Someone’s trying to kill him, and he flees the hospital with his new sidekick, the brilliant and gorgeous Sienna. From there the adventures begin, adventures which involve, among other things, Dante’s “Inferno,” a virus that just might be the next deadly plague, a villain with Malthusian tendencies, and a secret and powerful organization called The Consortium.

I didn’t have much luck reading “Inferno” myself, but I know lots of people really enjoyed the book. I found it was a bit exhausting to read, with one thing happening after another without much of a breather in between, and I somehow didn’t find myself caring for the characters enough to see them through to the end. (I did learn some interesting things, though. Brown’s books are always filled with interesting bits of information.)

But all that non-stop action will probably translate well to the big screen!

Are you excited about the movie version of “Inferno”? Let us know in the comments!