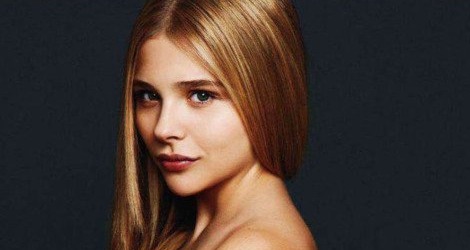 I cried the whole time I read “If I Stay,” by Gayle Forman. And when I finished the book, I remember sitting down to dinner, eyes swollen, sniffling and saying, over and over again to anyone who would listen, “You’ve really got to read this book. It is SUCH a good book.”

It will be interesting to see how “If I Stay” translates to the big screen. MGM has bought the rights, and according to Deadline, recently announced that Chloë Moretz will play Mia in the movie.

In “If I Stay,” Mia finds herself watching her own body being moved from the scene of a tragic accident. The extent of the tragedy is slowly revealed as Mia, watching her body lying in a hospital bed in a coma, remembers events from her past.  The book gently unfolds Mia’s life for us up to that point, bit by bit, until we’re finally fully aware of the significance of the title: if I stay. That is the choice that Mia must make, and it’s a heart-wrenching decision. Is Moretz a good casting choice for the role of Mia? In my mind, Mia is dark-haired, tall, slim, kind of ethereal. She has the long, graceful fingers of a talented musician, which she is. She’s not conventionally beautiful; but there’s something about her that makes her more beautiful than any ordinary sort of beautiful. It’s a special something that certain, perceptible boys can see. Boys like her boyfriend, the popular Adam. Mia isn’t “popular” – she’s very much an individual, unique in so many ways.

Moretz has played a number of darker, more troubled characters. In addition to playing Isabelle in “Hugo,” she’s also starred in Tim Burton’s “Dark Shadows,” and this fall, we’ll see her as Carrie in the upcoming remake of Stephen King’s “Carrie.” She’s also signed on to play the title role in Dark Horse Entertainment’s “Emily the Strange.” Yes, I think I can see her as Mia.

What do you think of casting Chloe Moretz as Mia? Would you have chosen someone different? Let us know your thoughts in the comments below!