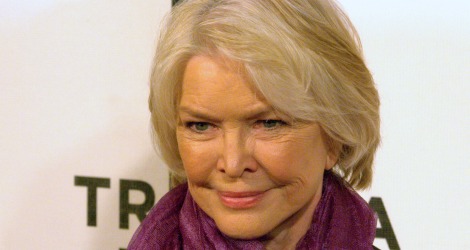 If you’re a certain age, you likely have memories of reading Flowers in the Attic, by V.C. Andrews. It was a book that was passed along from reader to reader, accompanied by nervous giggles and most likely some sort of admonition like “You’ve got to read this. No really. Read it. You’ll see what I mean.”

Although, by the time you got your hands on the book, you probably already knew what it was about.

And if you did read the book back in the day, now you’ll get a chance to revisit that period of your life, during which you sat, book in hand, quiet, breathlessly turning the pages, thinking, “Holy crap. You’re kidding me. No way! Whoa” and other thoughts along those lines. Lifetime has given the made-for-TV movie “Flowers in the Attic” the green-light, and TV Line reports that Heather Graham will play mother Corrine and Ellen Burstyn the ultra-scary grandmother, Olivia. The four children in the story – Cathy, Chris, Carrie and Cory – have not yet been cast.

Flowers in the Attic tells the story of four children who move with their mother to their grandmother’s creepy mansion. They’re allowed to stay there on one condition – that they remain hidden in an upstairs room so that their grandfather doesn’t find out about them. After their move, the children discover that they are the result of incest: their parents were uncle and niece. Initially attentive, the children’s mother, Corrine, more or less abandons them as she finds a new love and remarries, and they are left to their abusive grandmother’s tender mercies. Along the way, the two oldest, Cathy and Chris, reach puberty and, yes, repeat the incest pattern set by their parents.

As you can tell, the novel was pretty controversial when it first came out. It was also adapted into a film back in 1987; the movie didn’t do well with the critics or readers, but that’s not too surprising, considering they totally left out the incest bit between Cathy and Chris, which was, really, THE major theme of the novel.

Have you read Flowers in the Attic? Did you see the 1987 movie version? What do you think about a new adaptation? Let us know your thoughts below!