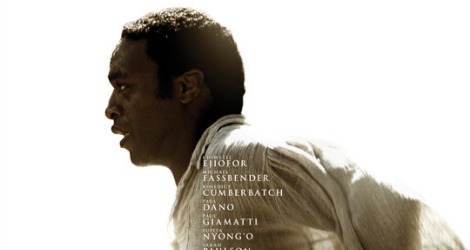 Fox Searchlight, the specialty film division of Fox Entertainment Group, which struck Oscar gold a few years back with “Slumdog Millionaire,” just released a trailer yesterday for “12 Years a Slave,” directed by Steve McQueen (“Hunger,” “Shame”) that looks like it has strong awards potential.

Based on the memoirs of Solomon Northup, a free man who was kidnapped in 1840 and forced into slavery on a Louisiana cotton plantation, the film stars the wonderful British actor Chiwetel Ejiofor. (His performance in the little seen film “Kinky Boots

,” which has been adapted for Broadway, is touching and hilarious.)

From the Fox Searchlight press release: The film “celebrates Northup’s remarkable journey from free man to slave, and back to freedom. “Solomon Northup Day” was established in 1999 to keep Solomon’s story and legacy alive as a historical and educational event honoring Solomon, his ancestors, and his descendants.

“This year his descendants will present new historic information and his great-great-great-granddaughter will perform a violin selection in his honor.

“In addition, a special sneak preview of scenes from the upcoming film, as well as the trailer, will be screened for Northup’s descendants and guests of the celebration. “Solomon Northup Day” will be held on July 20, 2013 at Skidmore College in Filene Hall in Saratoga Springs, New York, from 12 p.m. to 4 p.m. The event is open to the public.”