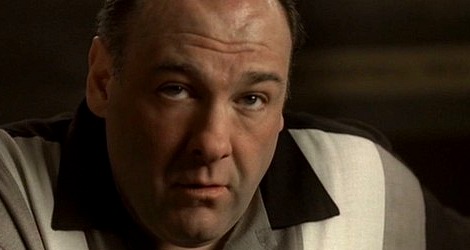 It’s always shocking to lose a beloved actor, especially if they’ve been on a long-running show like HBO’s “The Sopranos,” where James Gandolfini played the moody Tony Soprano for six seasons. It’s like losing a member of the family, because we get to know the character so well after that many years.

Gandolfini died yesterday at the young age of 51, while on holiday in Rome. In honor of the versatile actor, here are five of my favorite Tony Soprano moments from “The Sopranos” below.

NOTE: These clips are NOT family-friendly and NOT safe for work. (It IS The Sopranos, after all.)

1. “College,” Season 1: This episode, probably one of the best of the series, saw Tony taking his daughter Meadow on a trip to visit colleges. We also saw him take his first life (that we know of) when he strangles a former mobster turned snitch who was in the Witness Protection Program. Doting father? Ruthless killer? You make the call. By the way, he won his first Emmy after season one.

2. “Funhouse,” Season 2: When Tony is forced to kill his best friend, Sal “Big Pussy” Bonpensiero (Vincent Pastore), Gandolfini runs an amazing gamut of emotions, from anger to despair. But look, when you best friend is an FBI informant, you do what you gotta do.

3. “Join the Club,” Season 6: Ok, so maybe some fans weren’t too excited about the parallel universe storyline when Tony found himself in a coma imagining a different life for himself. But it gave Gandolfini an opportunity to play a character much different from Tony — traveling salesman Kevin Finnerty, who lacked the thick New Jersey accent and toughness we knew so well with Tony.

4. “The Second Coming,” Season 6: Tony receives a wake-up call when his son A.J. attempts suicide. The sight of Tony clutching his son, whispering, “Come on, baby”? Heartbreaking. Note that the same song is playing here as in the “Join the Club” clip above.

5. “Whitecaps,” Season 4: After years of lying and cheating, Tony and Carmela’s marriage finally comes to an end. Gandolfini and Edie Falco deliver performances that are raw, intense and fearless.

What are your favorite Tony Soprano moments? Tell us in the comments below.